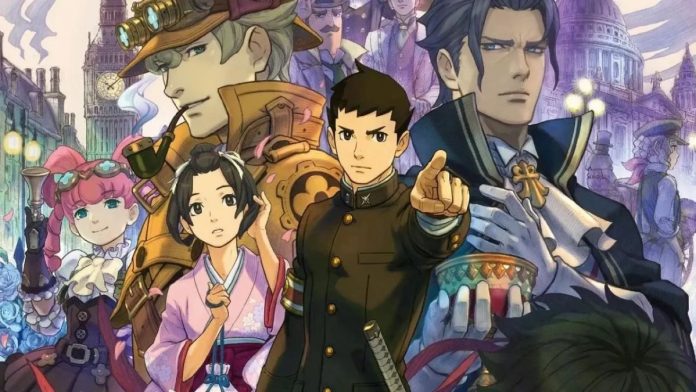 The Capcom compilation would arrive on Switch, PlayStation and PC. Tales from the Borderlands and Genshin Impact also appear among the records.

Tales from the Borderlands a Switch; Genshin Impact, to PS5

Both 3DS spin-offs were set in the 19th century and put us in the shoes of an ancestor of Phoenix Wright, but they never made it out of Japan, so the pack would be cause for celebration twice. The list, which you can see below these lines, specifically refers to versions for PC, PlayStation Network and Nintendo Switch, although curiously it omits Xbox (where the previous compilation, Ace Attorney: Phoenix Wright Trilogy HD, did appear).

The news does not stop there and also points to the launch of Tales from the Borderlands on Switch. The relaunch of the game from the late Telltale Games was announced a few days ago, although confirming only PC, PS4 and Xbox One. However, the European rating system also advanced versions for PS5 and Xbox Series, and now the Taiwanese does the same with the Nintendo hybrid.

Finally, the tip also indicates the arrival of Genshin Impact to PlayStation 5. Despite initially going viral due to its great resemblance to Breah of the Wild and creating some skepticism for its gacha mechanics, the action RPG of miHoYo ended up becoming one of the greatest hits of PS4 in 2020 (console edition only). It is currently compatible with PS5, but creating a dedicated version may allow for further enhancements.

Blue Origin’s Flight With William Shatner Takes Off Today: How To...