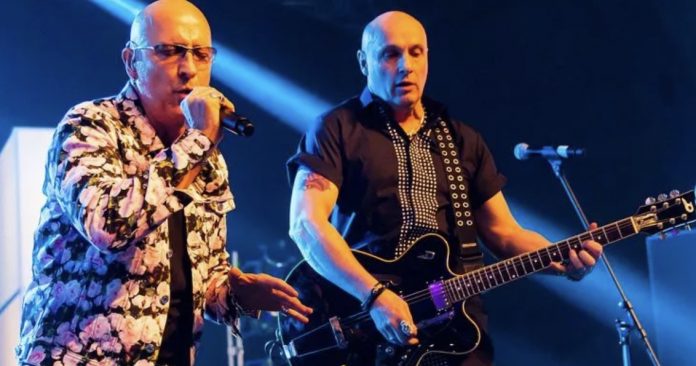 Beyonce responded to the accusations of the duo “I’m Too Sexy” Right Said Fred in copyright infringement.

The pop star issued a statement after the band Right Said Fred, known for their 1992 hit “I’m Too Sexy”, claimed that the singer used samples of their song without their permission. Beyonce assures fans that permission to listen to the piece was granted by the publisher Right Said Fred, calling the band’s statements “erroneous and incredibly disparaging.”

Right Said Fred, consisting of brothers Fred and Richard Fairbrass, criticized the singer just a few days earlier, saying that she had tried their song without asking their permission directly. Beyonce objects that the pop duo was not only paid for the use approved by the publisher, but also that they are co-authors of the song in which the sample appears, “Alien Superstar” by Renaissance.

“Permission was not only given for its use, but they publicly expressed their gratitude for participating in the album,” Beyonce says in her October 7 statement to E! News. “No sound recording was used for their song; only the composition was used. Permission for their publisher was requested on May 11, 2022, and the publisher approved the use on June 15, 2022. They were paid to use it in August 2022.”

“Usually an artist comes up to us, but Beyonce didn’t come up because she’s such an arrogant person,” the brothers said in a statement to The Sun on October 3. I found out about it after the fact.”

The duo claims that other artists, including Drake and Taylor Swift, have approached them with a request to use samples of “I’m Too Sexy” in their music.

“To use our melody, they need our permission, so they send us a demo, and we approve it, and if so, we get a credit for co—writing,” the Fairbrass brothers continued. “There are 22 authors involved in this Beyonce story. It’s ridiculous.”

“You’re going to talk to someone who has much more influence, power and money than we do,” the brothers continued, admitting that they feel powerless in front of Beyonce. “It’s best to let go. If you’re not careful, you’ll spend your life looking back. We’re looking forward to it all the time.”