Home Celebrity Beyoncé and Jay-Z: big moment of solitude at the Golden Globes! 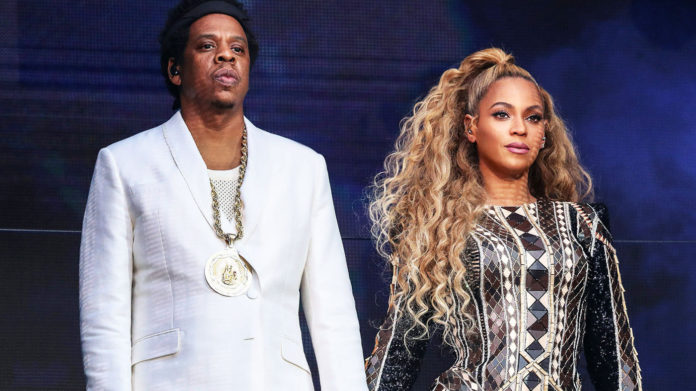 Beyoncé and Jay-Z made a sensational entry for this edition of the Golden Globes. It must be said that their delay did not go unnoticed!

The Golden Globes took place this Sunday, January 5, Beyoncé was also named for her title Spirit. However, the couple made a very noticed entrance!

Indeed, we can say that Beyoncé and Jay-Z did not go unnoticed during this evening. Because the couple arrived late for the ceremony, which forced them to wait before sitting down! Because being aware that their delay would attract everyone’s attention, they preferred to let Kate McKinnon finish with her speech. Then they quietly joined their table. In addition, Be’s outfit left no one indifferent!

So you might as well say that all eyes were on them! It was a sublime black dress with puffy and golden sleeves. Besides, during the evening the ex Destiny’s Child was nominated for the best original song with Spirit. Which is from the movie The Lion King. But it is for yet another reason that the couple distinguished themselves during the ceremony!

BEYONCÉ AND JAY-Z ARRIVE LATE, WITH THEIR BOTTLES!
So, as journalist Amy Kaufman revealed on social media, the couple were late. However, they did not forget to take their bottles of alcohol either. Worn by their bodyguard. This detail made a lot of talk, but you should know that Jay-Z has its own brand of champagne. Therefore he cannot show himself with another brand! So Beyoncé’s husband has provided for the necessary!

It’s not that the Moët on the table didn’t suit Beyoncé and Jay-Z! It’s just marketing! As a reminder, the rapper did buy the brand of champagne “Armand de Brignac” in 2014. So by the way, he even made a little advertisement for his brand with nothing!

Suga will have several projects on his birthday