Home Crypto Beware of this Metaverse coin: a big sale is waiting for it! 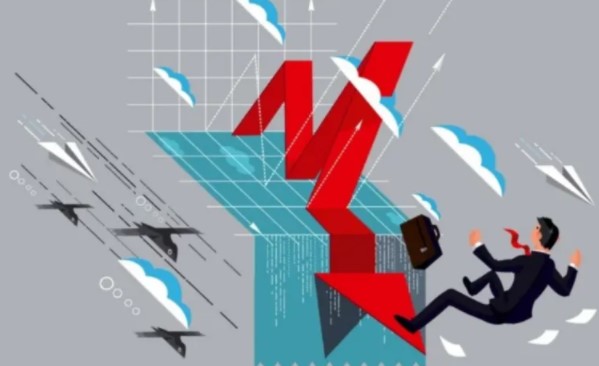 According to cryptanalyst Yashu Gol, the enthusiastic price rally for the ApeCoin metaverse (APE) coin project in mid-March seems to have already dried up thanks to a 70 percent decrease in the value of the coin over the past two weeks, and it may fall even more. in April.

APE price analysis: the probability of falling to the wedge target has increased

At the center of this bearish view is an ascending wedge, which is a technical pattern formed when the price consolidates upwards in a range defined by two converging ascending trend lines. Yashu Gola continues his analysis: in an ideal scenario, ascending wedges turn into a downtrend, confirming the final fall below the lower trend line, which usually reduces the price by the height of the maximum wedge.

ApeCoin has been drawing a very similar pattern since March 18, as shown in the chart below. The metaverse coin recently broke below the lower trend line of its ascending wedge, approaching the theoretical target setup price of $9, which is about 30% lower than the price on April 1.

Meanwhile, the clear gap between the price increase and the volume drop over the past two weeks also signals a weakening of the upward momentum, increasing the likelihood of a fall to the target wedge, as discussed above.

Inflationary Risks for the metaverse Coin

According to the analyst, a bearish model is being formed, as markets continue to look for clues about the usefulness of APE in the sector of non-interchangeable tokens (NFT) and the metaverse. As Somanews, we reported in our news that Yuga Labs, the company behind the popular NFT Bored Ape Yacht Club (BAYC) collection, has released 1 billion ApeCoins as management tokens for its new decentralized autonomous organization (DAO). Then they distributed 10,000 APES, which corresponds to 15% of the total, to each BAYC NFT holder.

Meanwhile, on the same day, APE was registered on some of the leading crypto exchanges, including FTX and Binance, which gave BAYC holders the opportunity to instantly liquidate their APE rewards. APE rose from about $1 to $41 during its debut on March 17, but has since undergone a strong correction. Ben Lilly, token economist at Jarvis Labs, expresses concern about ApeCoin’s inflationary model, which could undermine its valuation in the future. The Economist says that as Yuga Labs, the four founders of BAYC, 9.4 million APES are likely to enter the market every month for the next year and will be able to unlock the allocated tokens.