In the next episode of Plus belle la vie, Romain Vidal and Victoire Lissajoux will not be seduced. He gets mad at her!

In the next episode of Plus belle la vie, the tone will rise between Victoire Lissajoux and Romain Vidal. Far from flirting, the handsome patient will get angry internally in medicine.

The return of Victoire Lissajoux in the Marseille soap Plus belle la vie décoiffe! Indeed, the young intern in medicine has been playing cat and mouse lately.

And for good reason, the pretty brunette seems to fall for the head of the neurosurgery department of a Paris hospital, Romain Vidal. However, the man does not work. He is simply hospitalized in Marseille.

Thus, it is Victoire Lissajoux who supervises her case. The young woman, played by actress Flavie Péan, struggles to find the illness from which he suffers.

The neurosurgeon, also married, does not seem to be immune to the charms of the intern. And as proof, the two medical experts will eventually succumb to temptation.

So, Victoire Lissajoux will completely surrender in the arms of her beautiful patient. She will then deceive Sacha Malkavian, who put the ring on her finger. This is what our colleagues at StarMag report.

However, there is eel under the rock. Indeed, an extract from Plus belle la vie revealed on the Francetv site shows that the tension will be rather electric between the two doctors.

While Victoire Lissajoux will visit his patient, Romain Vidal will get angry. So much so that the young woman will be questioned. We will explain everything to you !

See Also
Better life: Thomas and Barbara are embarking on a project

Indeed, Victoire Lissajoux will enter her patient’s room without expecting such a welcome in Plus belle la vie. The handsome man is not in a good mood!

So, Romain Vidal asks him: “So, do we take the time to talk about my roommate?” What the journalist’s wife asks him why they would discuss it.

So the neurosurgeon explains to him what his symptoms are. “Here, I have part of his medical file. He gave it to me, ”he told her, very sure of himself.

So Victoire Lissajoux is quick to take a look. First, the young woman focuses mainly on her tremors. “Are you still shaking?” “She worries.

At first, the patient remains calm. “Less than a week ago and frankly I’m doing pretty well. A week ago, I had a phalangeal sprain, “he explains. Before asking if it is possible to come back to the other patient.

However, the beautiful brunette from Plus belle la vie points out to him that he has the wrong name, and asks him a question. But Romain Vidal ignores him. So, Victoire Lissajoux insists. It would seem that this is the sentence too many for the patient.

“Why are you getting angry?” She asks him, naked. Finally, the medical intern prefers to excuse him. “It’s okay, we all have our bad days. “ 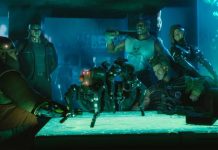 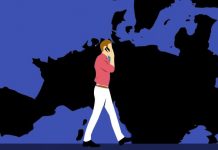 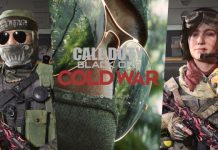 It Takes Two gets a beautiful gameplay trailer; check out