Home Entertainment Better call Saul The star has a great idea what might happen... 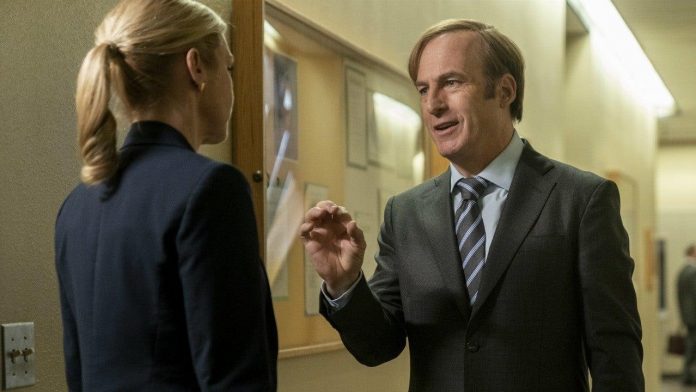 Warning: Below are the full spoilers for the finale of the series “Better Call Saul”, which aired on August 15, 2022 on the AMC channel.

The star of the series “Better call Saul” Rhea Seahorn came up with what would happen to Jimmy McGill and Kim Wexler after the finale of the series “Saul is gone.”

During a press conference after the final episode, the 50-year-old actress explained what she thought could happen to Jimmy and Kim after the emotional finale of the show.

“Personally, I’m a hopeless romantic,” she said. “So, I think that they continue to see each other, and that there is still a connection between them, and that maybe she is trying to find a legal way to commute his sentence, but in a fair way, and not in a fraudulent way.”

“Better Call Saul” closed in on the series finale, which debuted just two days ago.

The beleaguered lawyer found himself back in the dock, faced with a moral dilemma. Confess your crimes and become a better person, or work your magic and negotiate a lesser sentence? In the end, it all came down to one person who set him on a straight path– Kim Wexler.

Jimmy’s longtime love interest and ex-wife Kim obviously still have some influence on him.

We saw the couple reunite in the penultimate episode of the show, but when Kim heads to the courtroom and sees what Jimmy does next, even she is surprised that he is doing the right thing. Finally, Jimmy faces the consequences of his actions.

But even then, according to Seahorn, this episode makes you look to the future.

“[Director Peter Gould] did a great thing by creating a finale that inspires to reflect on the past, to make the audience think about that day and wonder what their life will be like after that and what is the meaning of it,” she said.

Whatever happens to Jimmy McGill, it looks like he’ll be behind bars for at least a few years. But maybe Kim will still fight for his corner and may even help him get out of prison the right way.