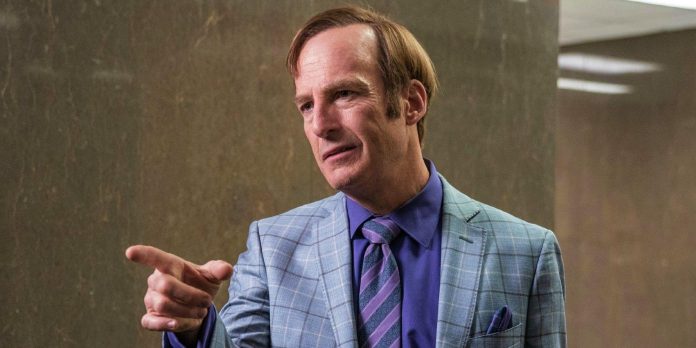 Attention! This post contains spoilers for the sixth season of the series “Better call Saul.”

“Better Call Saul” star Tony Dalton talks about the death of his character Lalo at the mid-season premiere of the show’s final season. After a short break, season 6 of “Better Call Saul” returned with the episode “Point and Shoot”. It starts where the mid-season finale left off, right after the shocking murder of Lalo Howard Hamlin in front of Jimmy McGill and Kim Wexler. Given the exciting nature of the mid-season finale, viewers were looking forward to what would happen next. The creative group has prepared many more surprises.

Instructing Kim Wexler to go to Gustavo Fring’s house and kill him, Lalo ties Jimmy up and explores Fring’s industrial laundry, where he suspects he is building a meth super lab that fans come to see in Breaking Bad. Finding Gus there, he forces him at gunpoint to open an underground laboratory, while simultaneously videotaping him to show the boss of their cartel, Don Eladio. Unbeknownst to Lalo, Gus had secretly hidden the gun under the dirt of the lab a few episodes earlier and outsmarted him when he abruptly turned off the power and shot him in the neck. Lalo looks at Gus one last time, smiles and laughs before he dies.

In an interview with Variety, Dalton shared his discovery of Lalo’s demise during a previous conversation with the creators of Better Call Saul, Peter Gould and Vince Gilligan. He reports that the discussion centered around the overall story and arc of the last season, which leads to the end of his character, and expresses gratitude that he was able to portray such an alluring, iconic character in the series. Dalton’s statement can be read below:

“It was a long time ago, but I got a call before we started filming during the pandemic. I got a call at Zoom from [the creators] Vince [Gilligan] and Peter [Gould]. It was more about how excited they were about what was going on. Than that I’m dying: “My God, what’s going to happen now is going to be crazy.” They were talking about Howard’s death and that I was going to kill him, and then they were like, “And then you’re going to die.” I was just grateful that I got the job and worked with these guys, and the character became such an integral part of the story. Such concerts are rare.”

Dalton first played Lalo at the end of season 4 and has since become one of the scariest villains in the universe of “Better Call Saul” and “Breaking Bad”. Given what’s going on in Breaking Bad and now that the prequel has reached its final stage, it makes sense for Lalo Salamanca to leave when he did, and the way he did, when the root of his storyline and character has always revolved around Gus Fring. its down. One of the strongest virtues of “Better Call Saul” is the strong characters of the show, as well as the pace of the storylines and how it all comes together, and in the case of Lalo Salamanca, there could not be a better match.

The last season of the show was a complete whirlwind and an important turning point, as Lalo became the third main character to be killed, after Howard Hamlin in the previous episode and Nacho Varga in episode 3. All three do not appear in Breaking Bad, which makes fans speculate about what will happen to Jimmy’s wife, Kim Wexler, since she is also not mentioned. “Better Call Saul” has only five episodes left before it ends, and it still has a lot of storylines and questions to answer, so it will be interesting to see what awaits its characters when it reaches the final segment.