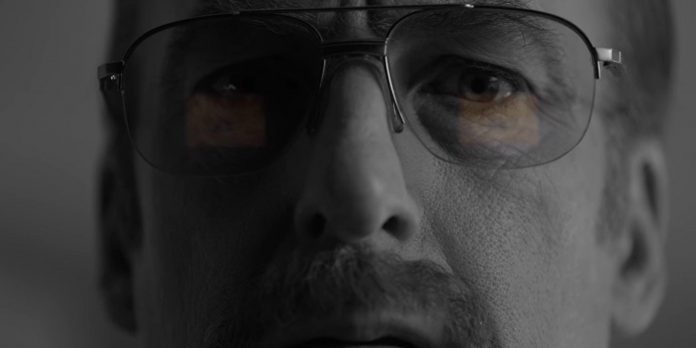 Better Call Saul’s latest entry takes place mostly in the black and white post-Breaking Bad era, however, that’s no obstacle for the series to put on the type of tense and emotional showcase it has always been known for, as well as some clever callback some fans will certainly appreciate.

Of course, practically any Better Call Saul episode could fit that description, but what really makes “Waterworks” tick is how the show manages to do all that while putting things on track for a plausible and fitting finale next week. As a bonus, thanks to the return of Kim Wexler, the series takes viewers back to court as many of the show’s greatest moments are played off the type of legal proceedings that were once commonplace in the lives of these former attorneys, working almost like proper Better Call Saul easter eggs.

Keeping up with tradition, this episode kicks off with a teaser of what’s to come, in this case, it’s Saul Goodman playing ball in his office -as usual- trying to drain out some stress, only that the person entering his office is not one of his shady clients, but rather one of the few people capable of knocking Jimmy out of his evolved persona. Though the show doesn’t tell the audience that, it’s clear Francesca is keeping Kim in the waiting room once the mention of a woman pops up.

From then on, Better Call Saul heads down to Florida where viewers are introduced to dark-haired Kim, living her best life working at Palm Coast Sprinklers, though that’s not really the payoff to the episode’s title. Kim is presented to be rather content with her new life, though hardly pleased, as she seems interested to do well at her relatively simple job, and also makes an effort to get along with her seemingly simple new partner, whose most distinctive quality is repeatedly saying “Yep” during sex.

The scene this all sets up is Kim’s end of the call where Jimmy was seen screaming his lungs out, though anyone hoping for a reunion between the two protagonists is out of luck as she remains calm, merely asking Jimmy to turn himself in and thus triggering his angry rant informing her of Gus Fring and Mike’s death. This does trigger Kim’s conscience, and her decision to head over to Albuquerque to submit an affidavit and come clean to Howard’s wife keeps the character consistent, Kim is still ridden with guilt after all these years, even if she’s not willing to turn in Jimmy just yet.

Perhaps there’s no better frame for Kim’s state of mind than her looking at another young lawyer in court, who looks remarkably similar to her, as Kim obviously yearns for a different life she can’t have. Her turning on the “Waterworks” on the bus symbolizes this perfectly too, despite finally doing her best to atone for her wrongdoings.

The same could be said of Aaron Paul’s cameo, which comes on the backend of Kim and Saul singing their divorce papers, a scene where Jimmy is no more and Bob Odenkirk is only playing the Breaking Bad character. While the sight of the 42-year-old actor playing Jesse Pinkman can be distracting, his interaction with Kim fits in perfectly with the episode’s tone and marks a true turning point for both characters, especially since it’s Kim’s judgment that finally determines this man isn’t Jimmy anymore.

As far as Gene goes, his end of the story delivers Better Call Saul’s dose of tension, Slippin’ Jimmy style, because, despite his rash and poorly planned burglary, the cancer-ridden man’s drugs do kick in right when he needs to so that he can get away despite a brief scare. Nevertheless, his shaky partnership with Jeff could really be the end of Gene, as if he’d need any more help getting caught right now since Jeff’s decision to get some police heat on him compromises the famous fugitive

This episode shows what Carol Burnett was brought in for, as the elderly woman’s internet curiosity leads her to find one of Saul’s old commercials with just the perfect hint of color, thus confirming her past suspicions of Gene in a scene that makes one question whether Saul could turn violent against this innocent woman. More than anything, Gene’s entire behavior pattern suggests the character is nearing his own demise as he behaves just like Jimmy or Saul did, despite his con talents clearly being rusty.

The show ends with Saul Goodman now being officially on the run, the Gene cover should be all but blown in the finale, it seems almost impossible now that Jimmy might escape this time around. In a way, it’s the opposite of El Camino, because while Jimmy still had some restraint to him, Saul never really did, which is why he’s so likely to get caught now — if that ends up being the case, then it’d be the perfect way to close out Better Call Saul as a spinoff.

Still, as the opening scene shows us, there is some complexity to Saul, and with a title like “Saul Gone” an introspective exploration of Jimmy’s character coming out near the end seems just as fitting as it was from Kim on this one. Jimmy has been gone for a while now, but he might come back after “It’s all gone, man.”