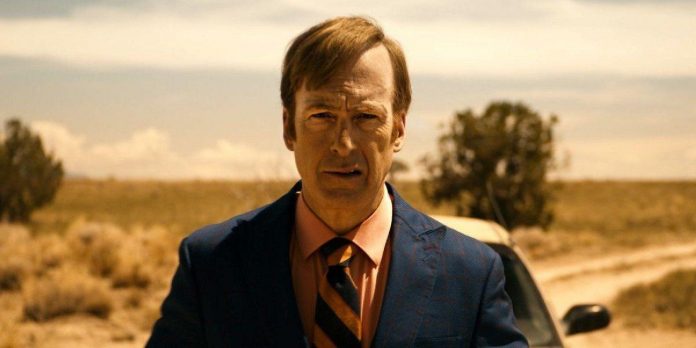 AMC’s current series “Better Call Saul” has recently spawned a slew of fan-generated content as the finale is fast approaching. This ranged from online theories about how the series would end, what seemingly insignificant actions of the characters might mean, to illustrations and animations created to place the main character Saul Goodman in other worlds, such as Ace Attorney.

One of these recent fan projects has instead recreated Better Call Saul as a game created in such a way that it looks and feels like a game created for the classic Game Boy console. It’s not a ready-made game that can really be played, but the clip gives an idea of how this game could be played on multiple levels and in different genres if it were ever released.

link: Vince Gilligan reveals whether he will continue the series “Breaking Bad” after “Better Call Saul”

The video, created by artist Lumpy Touch, shows several different levels for this Better Call Saul game, each of which corresponds to its genre, and they all correspond to an old-school theme. One of the first “gaming” segments seems to be best suited to the Game Boy cartridge, showing Saul Goodman being controlled through a platformer. As the clip continues, the genre changes several times, starting from the level of sniper shooting and ending with a scene pulled straight from Punch Out, in which Saul confronts Howard Hamlin.

This is not the first piece of pop culture content that Lumpy Touch has reinterpreted in the classic pixel format. For example, they also recreated the movie “Morbius” in the form of a clone of the “Minesweeper” called Morbsweeper. Similar to this recent reimagining of Better Call Saul, much of Lumpy Touch’s content is mostly comedic, and also demonstrates a high level of talent in creating and animating pixel graphics. However, it doesn’t look like many of the artist’s creations will ever see a real release, even if they focus on game styles. Thus, the fully released Better Call Saul game is probably not on Lumpy Touch’s to-do list.

The series finale is coming soon, and this probably won’t be the last “Better Call Saul” fan content to appear over the next month or so. However, it is still one of the most impressive works that fans have shared to highlight some memorable moments from the series. If the finale is as impressive as the previous episodes of season 6 of Better Call Saul, then there will probably be a huge influx of the fan community revolving around how the series ends.

The sixth season of “Better Call Saul” is already streaming on Netflix.