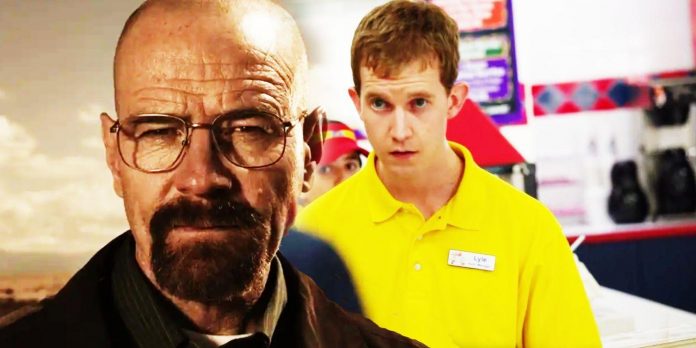 Los Pollos Hermanos’ most loyal assistant manager, Lyle from Better Call Saul (Harrison Thomas) is one of the many forgotten victims of Walter White (Bryan Cranston). Gustavo Fring’s Chicken Empire (Giancarlo Esposito). He also faced some of Gus’ most terrible enemies, such as Lalo and Hector Salamanca, but his life was also heavily influenced by the biggest thorn in Gus’ side: Walter White.

In season 6, “Better Call Saul”, episode 8, “Point and Shoot”, Lyle unconditionally agrees to work a long day shift to cover for an injured Gus after his encounter in the Super Lab with Lalo. This is one of many examples of Lyle’s loyalty to Los Pollos Hermanos, including his cheerful singing of the company’s song and his determination to clean the fryer according to Gus Fring’s strict standards. This man clearly loves his job, and it’s heartbreaking to realize that his career could be tragically cut short due to the actions of Walter White in the fourth season of Breaking Bad.

In many ways, Lyle is Gus’ most loyal employee, who doesn’t have a drop of Mike’s (Jonathan Banks) cynicism or Walt’s distrust. This loyalty is not reciprocated by Gus, who once thought about letting Lyle die in a staged explosion of his and Nacho’s restaurant. That doesn’t mean Gus won’t end up rewarding Lyle. Cynthia is the manager of the Los Pollos Hermanos branch in Albuquerque during the “Breaking Bad” series, so perhaps Lyle has long since climbed the career ladder. If this is the case, then he will face a crushing fall when Walter White’s actions expose Los Pollos Hermanos as a cover for Gus Fring’s drug empire.

What happened to Los Pollos Hermanos after Gus Fring’s death

After the death of Gus Fring, along with Hector Salamanca, during an explosion in a nursing home at the end of season 4 of the TV series “Breaking Bad”, the Drug Enforcement Administration began a large-scale investigation of his business operations and transactions of the parent company of Los Pollos Hermanos, Madrigal. This high-profile investigation led to the fact that Gus’s longtime colleague and employee Peter Schuler committed suicide, and Los Pollos Hermanos was excluded from the subsidiaries of Madrigal. This, as well as the death of Gus Fring, apparently led to the closure of the network not only for the duration of the investigation of the Drug Enforcement Administration, but also forever. With Walt’s appearance in season 6 of Better Call Saul, Lyle and his dedication to the Los Pollos Hermanos network are yet another reminder of the devastating consequences of Walter White’s actions.

The mass layoffs caused by the Drug Enforcement Administration’s investigation into Gus are another unforeseen circumstance of Walt’s actions, such as the devastating plane crash inadvertently caused by Jane’s death. If Lyle had still been an employee of Los Pollos Hermanos during the Drug Enforcement Administration investigation, then he would have seen that his loyalty and hard work ultimately came to nothing. Like Walter White in the first episode of Breaking Bad, Lyle is essentially a hardworking man who calmly accepts the challenges of life and the microaggression of his bosses. Therefore, this is a heartbreaking parallel that highlights how, by finally deciding to stand up for himself, Walter White made the situation much worse for many other people like him.

This is, of course, if Lyle survives “Better call Saul.” While Lalo is buried in the bowels of the laboratory of the future Walter White, Hector Salamanca will surely suspect his sudden disappearance. If this is the case, then the cruel accusations are going in the direction of Los Pollos Hermanos, and Lyle may not be lucky a second time. However, if he survives Better call Saul, he’s in for a devastating career disappointment in his future, courtesy of Walter White. The disappointment of years of faithful service, which led to nothing, may be enough to see Lyle himself break down.

Smash the technical limits of the ZX Spectrum with a spectacular...

Razer X Genshin Impact: This Is The New Collection Of Gaming...