The last episodes of the sixth and final season of Better Call Saul keep all viewers glued to the screen for the events that are about to occur. However, the popular actor for his portrayal of Gustavo Fring in Breaking Bad and its spin-off, Giancarlo Esposito has decided to talk about a particular scene in the show in which he directed one of the new cast members, Tony Dalton.

Actor Tony Dalton finally joined the cast of Better Call Saul in season four after being mentioned multiple times throughout Breaking Bad and its spin-off as Lalo Salamanca. This character built his reputation as one of the most dangerous members of the cartels, which is why his introduction was such a big moment for the show.

The addition of Tony Dalton in the fourth season of Better Call Saul is considered a highlight of the already acclaimed series, and Giancarlo Esposito was delighted to have the opportunity to direct one of the series’ best performers. Above all, for one of the scenes of the last installment of the program.

During the sixth episode of the first half of the sixth and final season of Better Call Saul. Lalo Salamanca finds himself investigating Gus Fring, who is in Germany looking for reliable workers to build his underground meth lab. But, Lalo meets Casper (Stefan Kapicic), who tries to kill him for spying.

“I wanted it to feel like Lalo was going to bite him.” Giancarlo explained

“I wanted the audience to feel, ‘My God, he’s gone.’ He wanted us to feel the danger.”

Surprisingly, Lalo manages to escape the fight virtually unscathed, but after reassuring his assailant that the visit was about Gus Fring. Lalo uses his ID card to hide a razor blade, which he then uses to cut Casper’s neck. As he leaves him to bleed to death, he continues to search for clues as to what Fring is up to.

“Tony Dalton was great to work with, he is a master actor who plays an evil character with incredible ease, grace and poise. He reassures you, he disarms you.”

Interestingly, the sixth episode of Better Call Saul season 6 was directed by the same actor Giancarlo Esposito. Although it is not the first time that he works as a director, what surprised the fans was the tribute he paid to Tony Dalton for the shocking scene that surprised all viewers.

The last episode of the first part of the sixth season of Better Call Saul will premiere on Monday, May 23, 2022, on the AMC television network. But, viewers who cannot enjoy the program on television can do so on the AMC + platform, which has all the subtitled chapters. 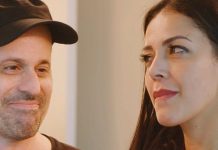 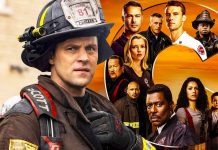 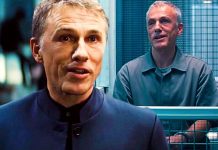 PlayStation Plans To Launch 10 Games As A Service Before March...