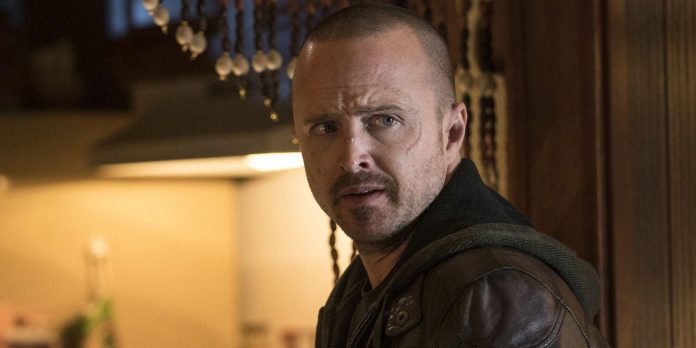 Fans of “Better Call Saul” joke that 42-year-old Aaron Paul again plays a young Jesse Pinkman in the 11th episode of the 5th season of “Breaking Bad”. Before the premiere of season 6 of “Better Call Saul” in April this year, showrunner Peter Gould announced that Walter White played by Bryan Cranston and Jesse Pinkman played by Aaron Paul will appear at some point in the final season of the prequel “Breaking Bad”. However, several months passed, and the duo preparing methamphetamine did not show up, as the audience was looking forward to their return.

Last week it became clear that the 11th episode of the 6th season of “Better Call Saul” is called “Breaking Bad”, which was confirmed by screenwriter and director Thomas Schnauz. The title strongly indicated that the episode would show the return of Walt and Jesse, although some feared that the title might be a fake. During the unveiling of the statues of Walt and Jesse in Albuquerque, creator Vince Gilligan apparently confirmed their return in the next episode. Now that the 11th episode of the 6th season “Better Call Saul” has aired, viewers have finally been able to see the return of their favorite “Breaking Bad” main characters in all their glory.

Shortly after watching the episode, fans took to Twitter to discuss Walt and Jesse’s return to “Better Call Saul.” However, viewers seem to have been particularly struck by one thing: 42-year-old Aaron Paul plays twenty-year-old Jesse Pinkman, who just graduated from high school in the second season of Breaking Bad. Several tweets ridiculed the absurdity of the situation with the popular Steve Buscemi meme and references to the films “Parks and Recreation”, “The Irishman” and “The Simpsons”.

You know Aaron Paul is 42, he’s trying to play a 20-year-old, right? As if who cares, WATER WHITE AND JESSE PINKMAN WERE ON MY TV TONIGHT. Just be glad we got it. The cursed man. #Best callback #Breaking Bad

Why is everyone complaining that Aaron Paul is too old? Stop complaining and watch the show for God’s sake

From the moment they boarded the Winnebago van in “Better Call Saul,” it was a little unusual to see Cranston and Paul reprise their roles from an episode filmed 13 years ago. Although Cranston doesn’t seem to have aged a day, the same can’t be said for Paul, even with makeup and low lighting. For this reason, many viewers called in the prequel to use digital rejuvenation not only for Paul, but also for Bob Odenkirk, Jonathan Banks and Giancarlo Esposito. All of them have aged noticeably since the days of Breaking Bad. Schnauz recently defended Better Call Saul’s decision not to use full Irish-style rejuvenation, arguing that the show works well without it.

After the supernaturalness of the aged Paul playing Jesse passed, viewers could relax and enjoy the excellent chemistry between the two Emmy winners, which could be the last time.