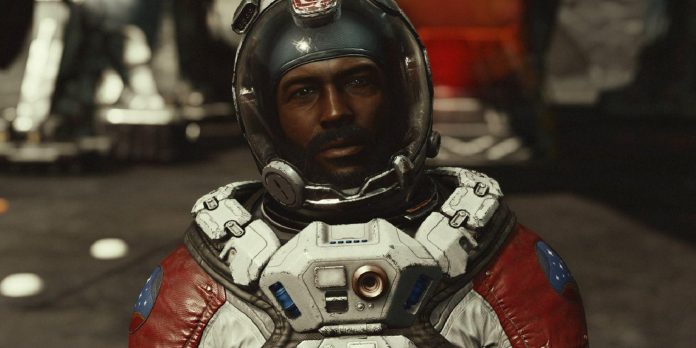 Four years after the game was first announced, Bethesda has finally given fans the opportunity to get a closer look at its ambitious sci-fi RPG with the open world of Starfield. Bethesda spoke in detail about the game mechanics and features of Starfield at the recent Xbox & Bethesda Games Showcase, but since then even more information about the game has become known.

Todd Howard from Bethesda gave an interview to IGN after the Xbox & Bethesda Games Showcase, revealing a lot of additional details about Starfield and what fans can expect from the game in the process. During the interview, Howard touched on the length of Starfield compared to other Bethesda games. According to Howard, the main quest in Starfield is longer than in Skyrim and Fallout, it is estimated to have about “20%” more quests than in these games.

Howard estimates that most Starfield players will need 30 to 40 hours to complete the game. Of course, the main quest is just the tip of the iceberg in the Bethesda game, so Starfield players should have a lot more to do when they finish the main plot. There are four main cities to explore in Starfield, which will probably be full of side quests and other interesting things, not to mention thousands of planets to visit.

There are more than 100 solar systems and thousands of planets in Starfield that players can explore, although it has not yet been decided whether fans will want to explore these places or not. There are some concerns that this will mean that many Starfield planets will be unimpressive or otherwise uninteresting. Fans will have to get their hands on the game themselves to find out, but even if most game planets aren’t worth visiting, there should still be a ton of content to go through no matter what.

In addition to the duration of the game, Todd Howard also talked about other aspects of Starfield, such as the mechanics of controlling the ship. Unlike space exploration games like No Man’s Sky, Starfield does not allow players to fly from planet to planet.

One of the most important news that came out of Howard’s interview with IGN was the revelation that Bethesda is making Fallout 5 after it finishes The Elder Scrolls 6. Now the company plans to release Starfield in 2023, and then turn its attention to The Elder Scrolls Online. Elder Scrolls 6. The Elder Scrolls 6 is currently in preparation and most likely still a few years away from release, so there is a chance that fans will not be able to play Fallout 5 until the end of the decade or so.

“Sunset Sale”: there is no shadow here! The twins from “Unsold...