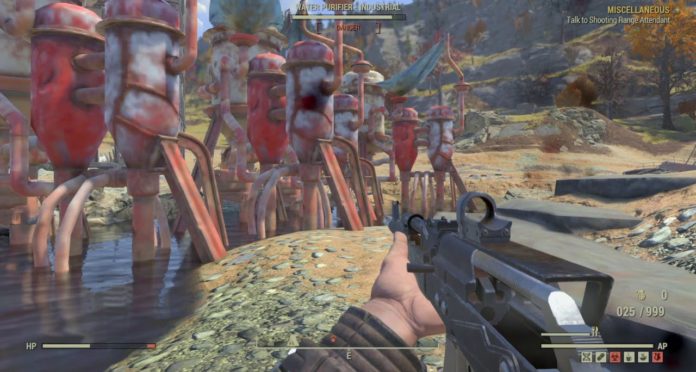 Game company Bethesda launched Fallout 76 in 2018. However, the game did not receive the attention expected by the players. The game company’s new statement reveals that the players did not show the expected attention in the game’s PvP multiplayer mode.

Game company Bethesda released Fallout 76 in 2018. However, the game disappointed Fallout fans. Many bugs that resulted in the game infuriated the players. Although the game bugs have been fixed, the game could not catch the expected number of players.

With the Wastelanders update shortly released, Bethesda’s senior vice president of marketing and communications, Peter Hines, said they were surprised that Fallout 76’s PvP mode didn’t get the expected attention. Hines said, “We were surprised to see that more people joined PvE, while few people joined PvP. Those who play PVP make up a very small percentage of our player base. ”

Peter Hines told the USGamer that the Wastelanders update was just the beginning. Hines announced that they will use their experience with The Elder Scrolls Online from now on. Hines said, “We are on this path. We do this and we’re done. “We’ve done a lot of work at the system level to make things possible to build and use in Wastelanders.”

Wishing to overcome the disappointment of Fallout 76, Bethesda will present the Wastelanders update to players on April 7, 2020. With the update to be released for free, it is thought that the hearts of the players will be won.