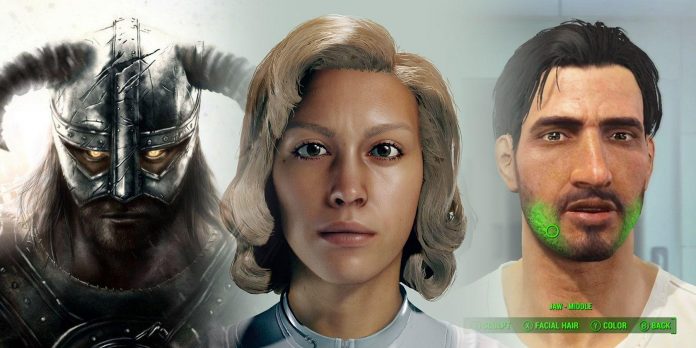 When players get their hands on Starfield next year, they will be greeted by the familiar style of the main character. After spending hours in Fallout 4 listening to the main character’s speech, Bethesda will return to the classic silent protagonist Starfield. Up until Fallout 4, this was the standard for every Bethesda role-playing game, and many players are glad to have it back. The game will be more in line with Bethesda’s previous single-player role-playing games and may seem more exciting for some players, but it may also lose something for others.

The silent protagonist of Starfield provides more immersion, as the player has to read blocks of text with his voice. This makes them feel like the main characters, and they can become more connected to the person they created, which is a prerequisite for role-playing games. However, it can also be very alienating and unapproachable compared to games with a voiced protagonist. Some players just want to enjoy the ride without having to control every little detail of their character, including the voice. In the future, Bethesda should adopt a model of choice and let players decide whether their characters have a voice or are just a blank slate waiting to be filled in.

Bethesda has used a silent protagonist for years. Almost from the time of the first RPG, instead of an actor coming and recording replicas, players had to read large volumes of text to understand what was going on. They could then make decisions based on the story they were given, and that choice would affect their adventures in Fallout or The Elder Scrolls. This allowed players to project their own voice onto the character and gave them much more control over who they wanted their character to be.

While the voiced protagonist also had the ability to make choices that determined the plot of Fallout 4, having a silent protagonist gave even more control over the narrative. The players had a lot more options that could affect the game, and these parameters were much more specific than with the voiced protagonist. Bethesda didn’t have to stick to the voice lines that were recorded by the voice actor, but instead she could roam around with different narrative branches and dialogue options. It is much easier to write a block of text than to force an actor to voice all possible results, and Starfield will return to this model.

Fallout 4 brought many major innovations to the franchise, one of the most significant of which was the voiced protagonist. Gone are the days when players had to read and it was replaced either by a voice saying the lines. The selection was designed around these new voice lines, and players were presented with only a couple of options, not the amount they were offered previously. Some choices did not necessarily correspond to the spoken lines, and this deprived some players of a certain level of role-playing abilities.

The voiced protagonist really made the game more accessible to those who were scared off by text blocks in previous Bethesda role-playing games. Players no longer had to focus on these long choices and think about the consequences; they just had to choose one of the four options in the dialog wheel. Some options will also be colored yellow or red depending on the required level of persuasion. While this optimized process infuriated some fans of Bethesda role-playing games, it helped others to get even closer to their character, as they really felt like living beings with a voice.

Players should be given a choice

LEGO Star Wars: The Skywalker Saga gave players a choice between using classic LEGO mutter or listening to dialogues from the movie. The game included a feature known as mumble mode, which players could turn on by replacing cues with mumbles and grunts. A game very different from any Bethesda role-playing game, it still gave players a choice in how the story was told to them.