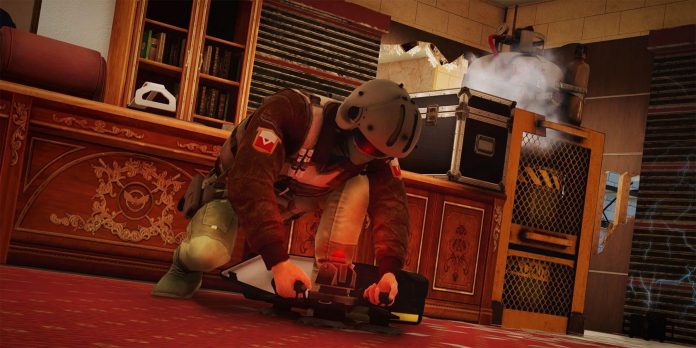 Rainbow Six Mobile, the upcoming mobile adaptation of the popular competitive first-person shooter Rainbow Six Siege, will soon pass beta testing. Previously, Ubisoft had already conducted a closed alpha test of Rainbow Six Mobile in May. Now the studio wants more players to join in the fun before the game is released to the general public.

Announced in April 2022, Rainbow Six Mobile is a free shooter that adapts Rainbow Six Siege for mobile devices. It is said that the game was created from scratch, but at the same time retains most of the main gameplay, which makes Rainbow Six Siege a very popular choice among fans of competitive shooters. In practice, this means that Rainbow Six Mobile will transfer the idea of “Attackers versus Defenders”, as well as a list of operatives, each with their own special abilities.

Ubisoft announced details about Rainbow Six Mobile beta testing during the recently broadcast Ubisoft Forward event. The company stated that starting from September 12, interested players from the USA, Canada, Mexico, Brazil, the Philippines, Singapore and India have the right to register to participate in the closed beta testing. Although Ubisoft has previously stated that Rainbow Six Mobile will be available for both Android and iOS devices, the closed beta test is currently limited to Android users only.

Those lucky enough to be selected will be able to try out the new Rainbow Six Mobile operator development and unlock system, as well as a free combat pass and daily challenges, as well as a new card called Clubhouse. According to Ubisoft, there will be 16 operators in the closed beta testing (including popular variants such as Ash, Sani and Hibana), as well as content from previous testing stages, such as the “Bomb” and “Protected Zone” game modes, as well as the “Bank” and “Border” cards. Beta testers can also expect visual and gaming improvements over the alpha build of the game.

Rainbow Six Mobile is in development for Android and iOS.

Itch.io creates a package to support reproductive rights and collects $60,000...