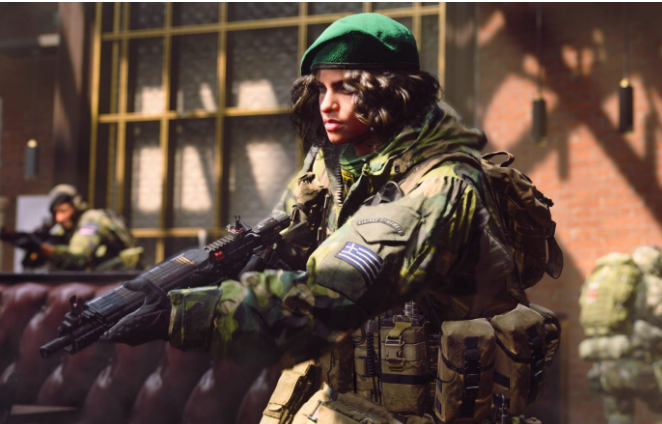 Modern Warfare 2 is a sequel to Modern Warfare 2019, and although several new parts have appeared in the series since then (Black Ops Cold War, Vanguard), fans of the 2019 game will feel right at home, as it is similar in terms of time to kill and overall taste.

However, the more standard multiplayer mode will still be convenient for anyone who has played any part of Call Of Duty before. It’s well done: gunfights make the heart beat, and it’s the perfect popcorn game that you can pick up and play a little without worrying about the ever-changing meta or competitive betting. If you want to dive a little deeper, this is an option — with modes like “Prisoner Rescue”, “Find and Destroy” and “Knockout” if you want a little more competitive weight.

In these more competitive game modes, Modern Warfare 2’s decision to focus on sound sounds clearer. Small red dots no longer appear on the minimap when someone fires a weapon without a silencer, and the footsteps sound louder than before. I’m a big fan — you often hear a man coming to kill you before you see him, which makes the fight between rooms even more intense when you’re surrounded by the stomping of an enemy team.

If you want something bigger, this year’s attempt at larger-scale battles for the beta version is presented in the form of an “Invasion”, in which many AI players and opponents participate in a decisive battle. The scoring system is similar to Titanfall 2: AI kills bring a point, and destroying vehicles and players gives you a higher reward — every little thing helps, and Invasion matches never lose the feeling that you are in the midst of a decisive battle. The map is larger than the standard Call Of Duty map, but doesn’t deviate much from familiarity — there are still three battle lanes and a lot of verticality. This means it’s easy to hide on the roof or race through the streets, depending on what you like. It’s a completely different experience compared to the smaller modes, and it includes on-the-go shootouts rather than the complete chaos of the standard multiplayer mode.

Although the game plan varies from mode to mode, the atmosphere of Modern Warfare 2 remains unchanged — and this is the shooter’s biggest victory. Modern military aesthetics combined with streetwear culture. It’s hard not to feel that you and your team are the stars of a stylish action movie brought to life with the help of earth—shaking explosions and staccato shots.

When you’re not shooting people, you’re probably going to be messing around with a weapon that you plan to shoot people with eventually. Gunsmith 2.0 expands on the 2019 iteration of Gunsmith — and while it’s impossible to say how deep this tweak will be, since it’s still in beta testing, the initial signs are good: it’s easy to see how the attachments you put on the weapon will change its characteristics. , and there are many different attachments to play with.

Modern Warfare allows you to convert weapons to other configurations: Holger-36 in Modern Warfare is MG36, which you can switch, for example, to G36, and MP5 can be reconfigured to MP5K or MP5 SD. At the moment, Gunsmith 2.0 allows you to switch the receiver on the weapon, effectively replacing it with a completely different weapon, while retaining a lot of attachments, but it’s not clear how much you can play with the weapon. Right now it looks positive, and players have a lot of different options to customize and improve their equipment.

Of course, as the biggest bastard from Call Of Duty once quoted: the more things change, the more they stay the same. There are still some Call Of Duty-related rough edges in Modern Warfare 2: the snowball effect of a murder series can be difficult to handle when you’re facing an experienced team, and unless you’re a Call Of Duty fan, it’s unlikely that Modern Warfare 2 will do enough to change that for you. At the same time, Modern Warfare 2 seems to be the perfect ideal of everything you could expect, and the beta version provided a good reason to buy when the game is released on October 28.

Spider-Man: No Return Home Has Biggest Debut In BR History

DC’s New Gods Movie Was Canceled Due To Its Involvement With...