Home Entertainment Beta Back 4 Blood: Recommended Requirements to Play on PC; DLSS and... 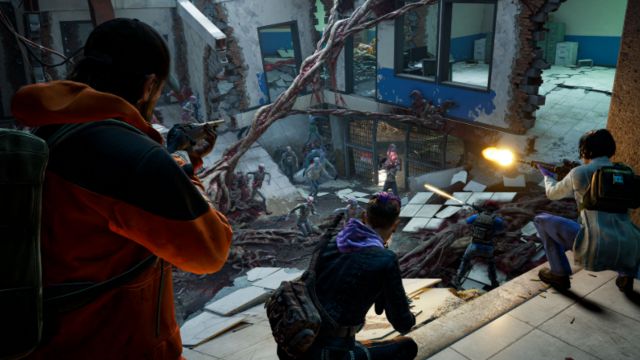 Beta Back 4 Blood: Turtle Rock shares the first requirements available in the Back 4 Blood beta. In PC it has DLSS functions, among other advantages.Back 4 Blood is in full celebration of early access to its public beta. Users who have had access, either by code or by reserving it, can enjoy a generous portion of content. It is currently available on PS5, PS4, Xbox Series X | S, Xbox One, and PC; We tell you which computer you must have to be able to move it.

It should be noted that the requirements for Back 4 Blood for PC in the beta are in progress, that is, they are not final. The team will continue to optimize to cover more teams. Therefore, the list will vary.

Turtle Rock Studios designates these requirements as “basic”; nothing recommended and minimum, but a variable bar on which to move up and down. Then we leave you with the list.

As you can see, the memory requirement is high, and in storage it directly asks for an SSD. Don’t worry: it will work the same with a traditional hard drive, only you will see higher load times compared to the PCs that mount it and the new generation consoles. We point to PS5 and Xbox Series X | S because the beta has cross-play features. It will be common for you to play with users in the PlayStation and Xbox ecosystem.

This public test will also be the first time that PC gamers can test DLSS features. This exclusive feature of the NVIDIA RTX family allows you to improve performance through deep learning supersampling.