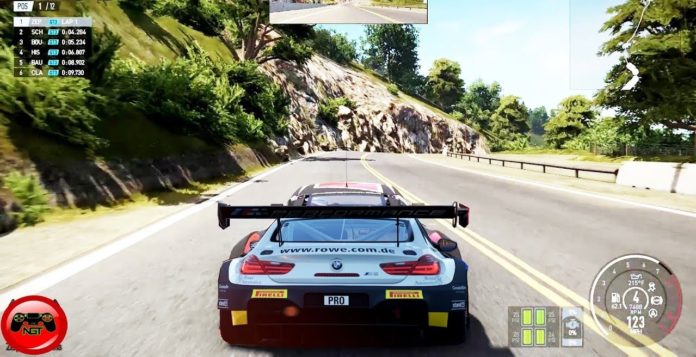 Racing games, which are the most popular games of football cafes of PlayStation from past to present, are a big part of the game world. In this industry, legends such as Need for Speed ​​(NFS), Gran Turismo and Forza entered the lives of players and gained a big place.

As players, most of us have wrapped up in racing games for a certain part of our lives. There are many legendary racing games that we could play on the console in the past, then on computers and now on smartphones that we carry in our pockets. It is possible to say that most of these racing games create good memories in our childhood.

We competed with our friends in both the legendary games of Need for Speed ​​series Most Wanted and Underground 2, fun Mario Kart games and realistic Gran Turismo series. A type of game that has so much place in the life of the players has quite a lot of sales figures. In this content, we have listed the best selling racing games from past to present.

Burnout:
Burnout series was a very popular racing game especially during PlayStation 2 period and we can even say it was competing with Need for Speed. Burnout Paradise, which also debuted on the PC platform, became the most popular game in the series. It is possible to say that the colorful atmosphere of the game, the legend cars and the gameplay, although not licensed, are in the mind of all players.

The word ‘Forza’ means ‘Power’ in Italian. The games of this series, which was released only for Xbox in the past but now on PC, establish the connection between realism and modification so well that these games are unbeatable when combined with legendary graphics. We can say that the most popular game in the series is the latest Forza Horizon 4.

Midnight Club series is a racing game series that Rockstar Games has not been looking at since 2008. Midnight Club Street Racing, the first game of the series, is also the best selling game in the series. The reason why the company left the game is obvious: In the same period, Need for Speed ​​was the king of the realm, while Rockstar was a king in another area with GTA. For this reason, the company stopped chasing racing games.

Although the Driver series is known for its latest game Driver San Francisco, it has 5 main games in total. Driv3r, the most known and third game in the series after San Francisco, debuted in the same period as GTA Vice City and entered into a great competition. We were able to open a special event by killing a character named Timmy Vermicelli in the game. (Tommy Vercetti’s kidding.)

There is also a part of the third game of the series, which takes place on the Galata-Beşiktaş-Taksim sides of Istanbul. You can download and remove the Galata Bridge in the game 🙂 Ubisoft, who put the point in the series with Driver San Francisco, should definitely consider returning to this series.

The best-selling games in the series:
Driver San Francisco: 14,000,000
Driv3r (750,000)
Gran Turismo:
Gran Turismo games are released as PlayStation special games. There are 7 games in the main series of Gran Turismo. Apart from that, it has 8 games as a side game. The series, which has 15 games in total, has sold a total of 85,000,000 copies so far and has taken its place in the best-selling racing games list.

Mario Kart:
Mario Kart series has been on the racing games market since 1992. The Mario Kart series, which is a fun racing game of Super Mario, one of the heroes of our childhood, has exactly 14 games. Of course, many of them are located on the consoles of Nintendo.

CME Group Can Do Bitcoin Mining

Video that shows Call of Duty: Playing Warzone on PC is...

Take On Your Whatsapp With These Funny Jungkook (BTS) Stickers