Home Entertainment Best selling games in 2021: Here are the top 10! 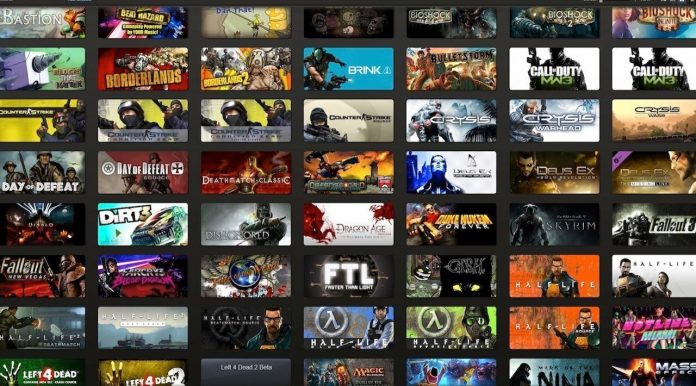 Nowadays, when we stay at home due to the pandemic, people of all ages play computer games to spend time. Games that we forget how time passes while playing are one of the biggest entertainment tools for us. So what were the best-selling games in 2021, when many games took the stage?

During this period when the playing rate of computer games peaked, game sales also increased significantly. In 2020, game sales increased by 29 percent compared to the previous years. The breezes of 2020, when the game industry is experiencing its golden age on the sales side, continues in 2021. We have compiled a list of the top 10 best-selling games of 2021 for you, with many new games available for sale.

Call of Duty: Black Ops Cold War was at the top of our list. Cold War, the fifth game in the Black Ops series, went on sale in November 2020. The game, which entered the top 10 best-selling games list shortly after its release, reached the top by 2021.

The game that Call of Duty fans finish the story mode and enjoy on the multiplayer side is based on the cold war. While the war between East and West is discussed in the game, our main enemy is Perseus. It is our team’s task to stop Perseus, who aims to infiltrate the whole world with the assassination plan he prepared.

It is a nice detail that names such as former US president Ronald Reagan are featured in the game. However, although the story mode is a bit short, it saddens the fans, but things are changing on the multiplayer side. If you have enough budget and system, you should definitely play the game, it will be remembered for many years.

CyberPunk 2077 is perhaps one of the most talked about games ever. Although the game broke sales records, it does not fall off the agenda with the troubles experienced on the console side. The producers of the game, which had serious problems on PS4 and Xbox One consoles, used many methods, including money back. CD Projekt RED is trying to eliminate existing problems with the updates it currently publishes.

The game set in Night City has a huge map. CyberPunk 2077, where we control the mercenary “V” character, is one of the rare games in which the story is shaped according to your choices. You can be a smuggler if you want, or you can be a businessman working for a high-level company. In addition, even if you say everything I can do, the story of the game is shaped accordingly. The main goal of the game is to find an implant that is considered the key to immortality. But you’re not just looking for the implant, so your choices will have serious significance and cost.

The game takes place in the viking times. We manage a character named Eivor. Eivor’s family was killed in front of their eyes when he was a little boy. Eivor, who grows up with revenge, then chases after the killers of his family. Assassin’s Creed: Valhalla deserves to be at the top of the list with its highly immersive story and its open world, including England and Norway, which gamers should not miss.

Spider-Man: Miles Morales ranks fourth on the list of the 10 best selling games. The game, which was released at the end of November like the games in the first row, draws attention as a sequel to the Marvel’s Spider-Man game that debuted in 2018.

Spider-Man Miles Morales is a little different from other games in the series. While managing the character of Peter Parker in almost all games of the series, we go on adventures with the 17-year-old Miles character in this game. The reason for this is shown to be that Peter Parker should go on a mission as a photographer. While Peter is away, the security of New York City is entrusted to 17-year-old Miles.

We don’t give spoilers just because there are some of us who haven’t played the game yet. However, we can say that we recommend you to try the game that you will have fun with its cinematic narration and lots of action.

Madden NFL 21 was one of the games we were most surprised to be on the list. The game took the fifth place in the list of the best selling games in the world in 2021. Published by Electronic Arts, the game went on sale on August 28, 2020.

Madden NFL 21, an American football game based on the National Football League, stands out with its realistic graphics. The game features innovative game mechanics that offer advanced levels of control and inspire creativity on both sides of the ball. Madden NFL 21, where you will feel yourself in the game while playing, is for American football lovers.

Ranked sixth on the list, Animal Crossing: New Horizons is a Nintendo Switch game. The game, which became popular after the Switch console’s sales figures of over 80 million worldwide, managed to enter the list of best-selling games. If you have an interest in building something from scratch, you should try this game.

New Horizons has two different options, online and online. First you need to choose a name and name it. Then you start by creating your home on the island. You can produce many things, including furniture, with various materials you find on the island. To put it briefly, the game, which has a lot of content, offers you all kinds of possibilities.

Mario Kart 8: Deluxe, the oldest on the list, is likewise a Nintendo Switch game. Released in April 2017, the game ranks seventh on the list of best-selling games.

Mario Kart 8: Deluxe is a racing game that you can play in single player and multiplayer. The game, which is played with up to 8 different players, offers fun opportunities such as battle modes. The game, which has many characters and tracks, is for you if you want to have fun.

Nintendo Switch games made their mark on the list. The game, which was released at the end of 2019, ranks eighth on the best-selling games list.

Ring Fit Adventure actually went on sale with a different purpose than other games. The game, played with different accessories, allows you to direct the character in the game by performing real fitness movements. In this way, it allows the players to have fun and play that keeps them fit by doing fitness movements.

Modern Warfare, the second Call of Duty game on the list, ranked ninth. Launched in 2019, the game will give players fun moments on the action and adventure side.

Modern Warfare is set today, unlike most Call of Duty games. It revolves around a combination of a CIA agent and British SAS forces and rebels from Urzikistan (fictional) country to fight together against the Russians who occupied the country. It would not be appropriate to give spoilers about the game. However, if you are interested in action and war games, you should try Modern Warfare.

At the bottom of the list is the basketball game NBA 2K21. Actually, the place of this game is quite different for NBA fans. The game on the cover of Kobe Bryant, who died in a helicopter crash last year, draws attention with the “Mamba Forever Edition” as well as the normal version.

NBA 2K21, which provides an enjoyable game experience with its realistic gameplay, includes serious improvements compared to last year’s game. The fact that Kobe Bryant was featured and commemorated in a large part of the game gained the appreciation of the game lovers.

Married at First Sight Season 15 Premiere: When & Where New...

Cobra Kai Season 5: The 2 changes that come with the...