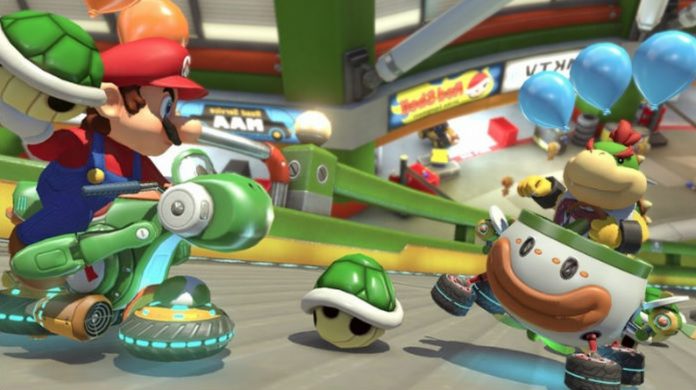 Mario Kart 8, Minecraft and Roblox are some tips for kids games that have online mode. With the current quarantine recommendation during the outbreak of the new coronavirus (Covid-19), it is important that children have activities to do at home. For the little ones who like games, online games are a good option to have fun with friends even during isolation. Therefore, TechTudo prepared this selection with the best online children’s titles, available for several platforms such as PC (Windows), PlayStation 4 (PS4), Xbox One and Nintendo Switch, among others.

In this list, you will find games popular with the youngest who like to unleash their creativity like Animal Crossing: New Horizons. There are also options for those who like competition like Splatoon 2 and Rocket League. All with free indicative classification, being recommended for the whole family.

1. Minecraft (PC, Xbox 360, Xbox One, PS3, PS4 and PS Vita)
Absolute success among children, Minecraft is an adventure game that takes place in a world made up of blocks. Using the various tools available and the materials found on the map, it is possible to build different objects and structures. In Online Mode, players can enjoy all the versatility of construction tools while taking part in different exploration adventures together with friends.

2. Mario Kart 8 Deluxe (Nintendo Switch)
Mario Kart 8 Deluxe is an enhanced version of Mario Kart 8, a game that is considered by many to be one of the best Wii U titles. In addition to several different themed tracks, all inspired by acclaimed Nintendo games, it has easy to learn controls, the that makes it ideal for the whole family. In Online Mode there are races for up to twelve participants and Battle Mode which has five different modes and eight arenas to compete.

3. Animal Crossing: New Horizons (Nintendo Switch)
In the simulation game Animal Crossing: New Horizons, the player can create and customize an island. In addition to structures such as houses and shops, it is also possible to build bridges, rivers and even paths. In addition to the fun virtual residents, children can also have their island visited by their friends in the online cooperative. Together with up to seven friends, the player can build, exchange gifts, collect animals and have a lot of fun in the various activities available on the island.

4. Super Mario Party (Nintendo Switch)
Going back to the franchise’s roots, Super Mario Party offers several skill-based minigames designed for multiplayer. Players go through boards and try to win the challenges to try to reach the end with the greatest number of stars. There are four main boards with path options and more than 80 minigames. At Mariothon online, children can play these minigames with their friends in different championships or in a customized competition.

5. Roblox (PC, Xbox One, Android, iOS)
Roblox is not exactly a game, but a platform composed of several virtual worlds created by the players themselves where it is possible to participate in different adventures. Among these worlds, there are several designed especially for children, who can play together with friends and chat via chat. There are adventures in fantasy worlds to games to create pets and spaces where children can just relax while chatting with friends.

6. Splatoon 2 (Nintendo Switch)
Specially designed for children, Splatoon 2 has 4vs4 competitions in which the objective is to cover as much of the arena as possible with the color of your team. For this, the friendly Inklings can choose between the various options of brushes and paint guns, in addition to being able to transform into squids that can swim on enemy ink and reach vantage points. Battles called Turf Wars can be enjoyed in local multiplayer or with friends online.

7. Rocket League (PC, PS4, Xbox One, Nintendo Switch)
Rocket League is a competitive action game that combines football and cars. In it, up to eight players can compete online in matches with easy-to-learn controls and pleasant mechanics, combined with simulation elements. Using one of the several cars available, players must traverse the arena to take the ball to the opponent’s goal. The team with the most points at the end wins the match.