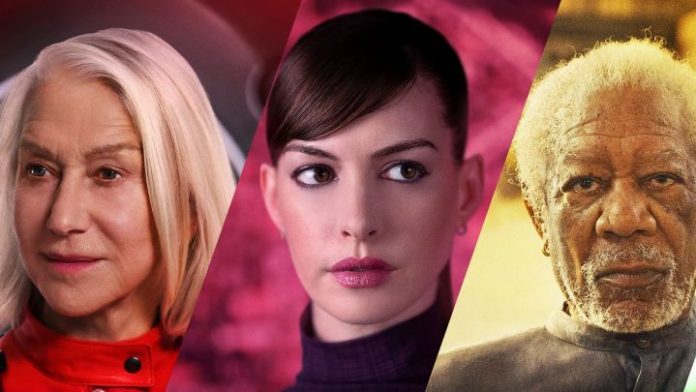 Movies: On another weekend undoubtedly marked by events such as Euro 2021, those who are not football fans or want to have something else to entertain themselves at home, can take a look at the VOD video on demand list of premieres, because there are quite a few premieres weight without a doubt.

We are going to review the best premiere movies and series from Netflix, Amazon, HBO and Disney + to watch this weekend:

A bit of everything this weekend, on the Disney platform we have a Disney + original, The Mysterious Benedict Society (season 1), with all the ingredients to enchant the kids, the series is about 4 orphans with unique abilities -not powers- who become part of a mysterious secret society that recruits them for their missions. And Grown-ish, season 1, in which we see that being a teenager and starting to go to University is not easy, especially when you experiment with the form in which life is showing you its adult face based on sex, drugs and new ways of seeing relationships.

As for documentaries, since June is Pride month, several LGBTQ + directors come together in PRIDE to create a fresco on the history of the United States, from the persecution of gays in the 1950s by the FBI to the Queer legacy. and the fight for rights such as marriage. And Wolfgan, the true story of Wolfgang Puck, a young man with a traumatic childhood who as an adult became one of the most respected chefs of the moment.

Netflix brings us the return of The A List, in which a teenage girl hopes to spend the summer of her life in an idyllic camp, until a mysterious newcomer challenges her status as “Queen Bee” and dark secrets begin to make her summer of dream in a nightmare.

And since it is summer and things are on fire -as far as heat-, share of sex. But unlike the Elite for youngsters, the Sex / Life is more for adults in that it raises the typical dichotomy – that we have already seen and read this story many times – in a woman when her self Younger and more passionate she screams out now that she is married and calm. Let’s add a hot husband who happily agrees to his wife’s fantasies, a hot ex-boyfriend who comes to touch the noses -and who knows what else- to the ex-girlfriend he never forgot -but he would do something to make her cut him off with him, right? -, and a completely female behind-the-scenes team, and we have a series about sex, life and fantasies purely from the female point of view, which luckily there are more and more productions like this.

At Movistar + we have the perfidious, delicious, ironic and faithful adaptation of Jane Austen’s novel of the same name, Emma, ​​starring an enormously sibylline Anya Taylor-Joy, in an inspired performance worthy of a Golden Globe nomination for best actress in comedy or musical. And Young and Witches, Blumhouse reboot of the cult film ‘Young and Witches’ (1996), a review halfway between the sequel, the “remake” and the tribute adapted to the concerns of the “millennial” generation, the sexual diversity and the “Me, too” era. The film abandons terror to enter fully into the realm of fantasy and drama, so fans of the original are not going to leave happy to see it.

Also How to survive in a material world (Kajillionaire) with Evan Rachel Wood, Debra Winger, Gina Rodriguez and Richard Jenkins starring in this dramatic comedy directed and written by Miranda July (‘The future’, ‘You, me and everyone else’), an original and tender fable about family relationships and the superficiality of modern life that tells the story of two scammers who have dedicated the 26 years of their daughter’s life to train her in thymus and robbery.