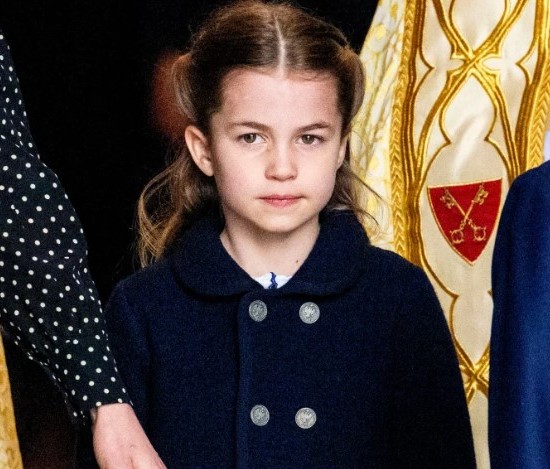 One smart cookie! The six—year-old daughter of Duchess Kate and Prince William, Princess Charlotte, is a smart child.

“She is the best in her class in reading. She really likes doing her homework.”

The insider notes that the baby also “loves acrobats and is fond of art and acting,” adding: “Every time she gets a chance, she’ll put on a show!”

According to the source, the princess and her 8-year-old brother Prince George are “aware of their privileges.” Because the 39-year-old Duke and the 40-year-old Duchess of Cambridge “taught them to be graceful… they don’t brag about their position and don’t have superiority complexes.” Instead, the royal students “treat their peers with kindness and on an equal footing.”

The couple keeps George, Charlotte and Prince Louis, 3, on the ground, keeping them “away from social media.” The insider explains: “Kate and William won’t let them have accounts, even secret ones. They 100 percent disagree that young children have social media accounts.”

The Duke and Duchess have been giving insight into their daughter’s special interests over the years, and William said Charlotte believes unicorns are real, during an event in September 2019.

Two years later, the future king shared in the finale of “Time to Go” that his two older children were arguing about “which song is playing in the morning” in their house.

“Most mornings there is a massive fight between Charlotte and George,” William explained in December 2021. — And now I have to basically prioritize so that one day someone does it, and the next day it’s someone else’s turn. So George gets his way, then Charlotte gets her way. These are the requirements for music.”

The family’s early dance parties involve “lots of hip movements” and “dressing up,” he added at the time.

“Charlotte, in particular, runs around the kitchen in her dresses, ballet things and everything else,” William said. “She goes completely crazy when Louis chases her, trying to do the same. It’s a really happy moment when kids just like to dance, lounge around and sing.”

Charlotte and her siblings like to listen to Shakira’s “Waka Waka”, while their father prefers AC/DC’s “Thunderstruck”.

He explained: “There’s nothing better when you’re a little foggy after the weekend and trying to get back to the routine of the week than listening to [this song]. It will absolutely wake you up, create the best mood for the week, and you will feel that you can handle anything and anyone. …It’s a complicated song that you can’t help but dance to and nod to.”