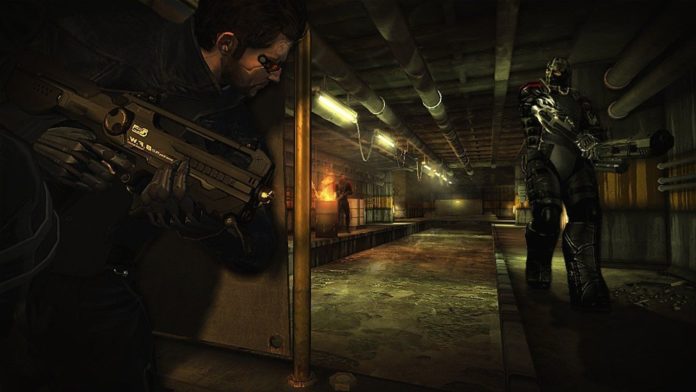 Cyberpunk 2077, a project developed and published by CD Projekt, is scheduled to launch on September 17, 2020 for PlayStation4 (PS4), Xbox One and PC (Steam) platforms. Until then, you can enjoy other interesting titles that take place in these futures full of neon, synthwave and dystopian societies. Check, in the list below, the best games that take place in cyberpunk worlds, gathering from games that mix science fiction and terror to others that bet on strategy.

1. Deus Ex: Human Revolution (PlayStation 3, Xbox 360, PC, Wii U)
The Deus Ex franchise brings some of the main brands of the cyberpunk genre in its plot with political conspiracies, hackers and bodily modifications. In Deus Ex: Human Revolution, there is a future where people are no longer limited by genetics, and can obtain superpowers through technological improvements.

Mixing elements of action RPG, shooter and stealth, the game tells the story of Adam Jensen, a security officer who has his life saved thanks to an experimental enhancement that replaces much of his body with technology. Using Jensen’s skills, the player will be able to progress through the story in different ways by adopting a more stealthy style or going straight to the action.

2. Shadowrun: Dragonfall (PC, Android and iOS)
Shadowrun: Dragonfall is a strategic RPG that brings a curious mix between elves and orcs with more recurring elements from cyberpunk worlds like hackers, cybernetic implants and large futuristic corporations. Following Shadowrun Returns, the story takes place in New Berlin where a group of Shadowrunners must solve a mystery. One of the biggest highlights of this game is precisely the plot full of surprises and its interesting characters, combined with a gameplay with turn-based battles and investigation.

With pixel-art graphics, the adventure game The Red Strings Club takes place in a world where humans with technological implants have become something trivial. The trio of protagonists Brandeis, Donovan and Akara-184 unite to prevent the mega-corporation Supercontinent Ltd. from launching a system that controls the minds of all implanted humans, suppressing some of their negative emotions.

Each of the characters has a different gameplay, but the main one is Donovan, who can mix different types of drinks to provoke emotions in people. The cyberpunk background is used to depict themes such as empathy, ethics and human emotions.

4. Observer (PC, PlayStation 4 and Xbox 360)
In Observer, Hauer is a neural detective named Daniel Lazarski who can interrogate people and explore their memories by hacking their brain implants. However, as he explores the minds of criminals looking for clues, he arouses great fears that begin to challenge his sanity. The game is basically a walking simulator, with elements of investigation and many scares.

5. Invisible, Inc. (PlayStation 4, PC and iOS)
Very challenging, Invisible, Inc. is a turn-based strategy game that incorporates elements of stealth and cheating in its gameplay. Mixing a little bit of XCOM and Shadowrun, he takes place in a world dominated by megacorporations. You are part of a private intelligence firm that is compromised when several of its agents are “removed”.

The player is a handler of agents for covert operations who has 72 hours to prepare for his final mission. The goal is to infiltrate enemy headquarters without being noticed and insert an artificial intelligence called Invisible, Inc. into your systems.

6. Transistor (PlayStation 4, PC, Nintendo Switch and iOS)
Transistor is an action-RPG with a science fiction theme that has an isometric view. From the creators of Bastion, he keeps the touches of fantasy, but moves on to a more futuristic setting. The protagonist of the game is a singer named Red who is attacked by Process, a robotic force commanded by the group Camerata.

Upon escaping, she ends up encountering the mysterious Transistor, a giant sword that can communicate. The game has a very enigmatic story and a fun tactical battle system with different powers called Functions.

7. System Shock 2 (PC)
Combining FPS, RPG action and survival horror, System Shock 2 is considered a classic among science fiction games. His story takes place in a spaceship in the year 2114. The player controls a soldier who must contain the outbreak of a genetic infestation that has taken over the place.

Like the first System Shock, it is based on its gameplay in first person combat and exploration, but the game also incorporates RPG elements in a very interesting way through character customization. Among the powers that can be acquired by the protagonist there is the possibility of hacking devices and the development of psionic skills.

Fun and sarcastic, it parodies the sci-fi style of the eighties, making reference to several films, drawings and games of the time. The player controls Sergeant Rex “Power” Colt, a military cyborg in a dystopian and retrofuturistic version of 2007. Blood Dragon is considered by many to be the best DLC ever made by Ubisoft.