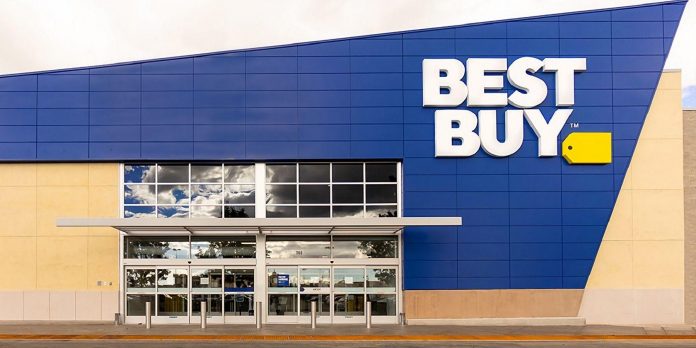 In the last few years, video game platforms have used Advent calendar-style promotions to get people to return to their website to buy new games. The free mystery games in the Epic Games Store, which appear a couple of times a year, are perhaps the best example of this, but now a traditional retailer has stepped in. Technology retailer Best Buy is holding a “Mysterious Games” campaign, in which it sells 10 games at a huge discount, while every day you can buy one new game.

The Best Buy 10 Days 10 Games sale for $10 started on August 10 with Call of Duty: Vanguard, which made it clear to buyers what they can expect from this sale of high-end games with a big budget. On the second day on August 11, the critically acclaimed game Soulslike Nioh 2 joined the lineup. The inclusion of Nioh 2 was made even better by the fact that the game has a free update for PS5, so PS5 gamers could make a huge profit if they bought it on time.

Now Best Buy has introduced the game 10 Days 10 Games 10 Dollars day 3, and it’s nothing but Back 4 Blood. Back 4 Blood was released last year as the spiritual successor to Left 4 Dead. Created by the original developer of Left 4 Dead by Turtle Rock Studios, Back 4 Blood did not deserve the same high praise as the mastermind, but, nevertheless, it is still considered a reliable cooperative shooter. Getting it for $10 is a great price, especially considering that the game is still actively receiving new content. Click here to see the Best Buy offer.

Most recently, it was announced that Back 4 Blood will receive a second addition on August 30. The second expansion of Back 4 Blood called Children of the Worm will add new weapons, skins, enemies and story missions. More Back 4 Blood premium content is planned in the future, so there should be a lot of interesting things for fans of the game in the coming months.

$10 is a great deal for Back 4 Blood, but it should be noted that the game can also be played through the Xbox Game Pass. In fact, Back 4 Blood was an Xbox Game Pass game of the first day when it was first released last year, so any PC or Xbox gamer interested in the game should think about going down that path. However, Back 4 Blood will eventually be removed from the Xbox Game Pass, so those who want to have the game on a permanent basis may want to take advantage of the Best Buy deal while they still can.

All discoveries in the interactive Annapurna showcase