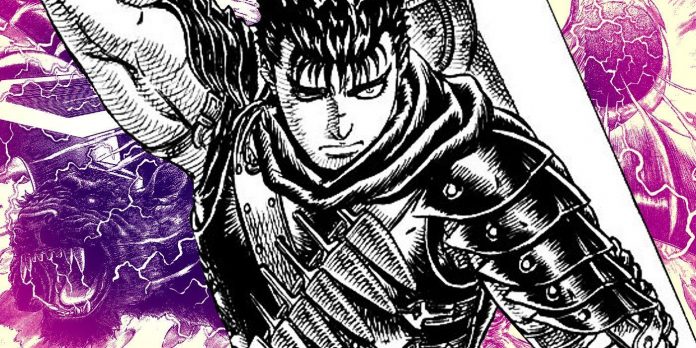 As one of the most popular seinen manga of all time, “Berserk” has inspired legions of fans with its setting, characters and bloody aesthetics. Now a new piece of really vibrant fan art from Shimhaq pays homage to one of the most iconic panels in the series.

Berserk is a dark fantasy manga set in medieval Europe. Author Kentaro Miura. It centers around the life and travels of Gats, an orphaned mercenary, and Griffith, the leader of a band of mercenaries called The Hawk Squad. A huge part of the appeal of the series is to watch Gats fight his way through this fantasy and horror epic, killing huge monsters and gods, but he has also gained recognition for the way he develops in his interpersonal relationships. “Berserk” is known for its violence and horror, while at the same time touching on issues of morality and human nature, conveying Homeric themes that are evident in the iconic battle scenes of the series.

On Twitter, artist Shimhak posted fan art depicting a redesign of the series-defining moment between Gats and Zodd. In the original panel, Gats is depicted riding on Zodd’s back in an incredible team to defeat Emperor Ganishka. Alliances and friendships are often subject to change, especially given the Griffith Arch. Fan art is almost a direct recreation of a 1:1 scene, except for a few details. The original panel very masterfully conveys the chaos of the moment, so Shimhak makes the whole scene breathe a little easier, minimizing the chaotic lightning elements of the original. Fan art depicts Gatsa and Zodd approaching, which allows people to appreciate the details of the scene. The new art really shows the faces of Gats and Zodd and really engages fans in the battle. The bright color palette also highlights the intensity of the scene.

Although the creator of the series, Kentaro Miura, unfortunately, recently passed away, the appreciation and love of fans for the series has not decreased at all. Since the creation of Berserk in 1989, Miura’s action-packed dark fantasy panels have inspired fans around the world. This fan art reinforces the roots of the franchise as an epic in the literal sense with a reinterpretation of this iconic scene. A dark black offset with a yellow-orange lightning bolt and red eyes gives the image a seriousness that reminds fans of the first time they saw Gats and Zodd unite.

On Twitter, Shimhak confirmed that the art was created with love and inspired by the Oniri Creations statuette of that time — a common trick of the artist, which allows incredibly realistic depiction of light and shadow.

This Berserker fan art pays homage to how metal the series is, recreating the iconic moment of the battle between Zodd and Gats and paying homage to the series as an epic monster killing story. In addition, the creative interpretation of Shimhak perfectly copes with the image of the enormous forces that each character possesses at the decisive moment against Ganishka. Since “Berserk” is due to return on June 24, fans are looking forward to remembering their favorite moments and hoping that they will see more similar scenes.