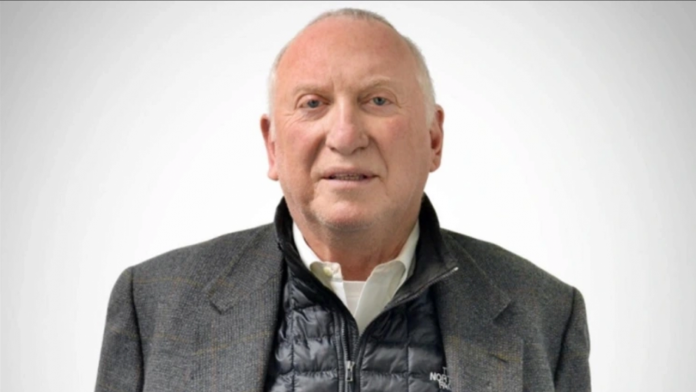 Bernie Stolar, former president of Sega of America and co-founder of Sony Computer Entertainment America, has died at the age of 75.

According to VentureBeat, Stolar’s death was confirmed by his friends, including Jay Randy Gordon.

“I’m going to miss you, Bernie—I’ve always appreciated you for bringing me to AdscapeMedia,” Gordon said. don’t joke.”

At SCEA, Stolar was the first executive vice president and was responsible for helping to secure the launch line of the original PlayStation. Among other things, Stolar helped sign franchises such as Crash Bandicoot, Ridge Racer, Oddworld Inmates, Spyro the Dragon and Battle Arena Toshinden.

Although it seemed that he was a major player at Sony, he quit his job and decided to move to Sega, as there was always a constant fear that he would be fired.

“I loved working at Sony,” Stolar told VentureBeat in 2015. — I really liked it. But when the opportunity came to go to Sega and help rebuild the business and develop new equipment, I was very interested in it. I wouldn’t have left Sony if I hadn’t lived in fear that I would be fired along with everyone else.”

This step occurred in 1994 after he felt like the “last survivor” and received an offer to become the new president of Sega of America. It didn’t take him long to make an impact on Sega, and one of his first steps was to shift the company’s focus from Saturn.

“When I got to Sega, I immediately said, ‘We have to kill Saturn. We have to stop Saturn and start creating new technology.” I did so. “With a few employees, we have reduced the staff to 90 people to start the recovery,” Stolar said.

He was also one of those responsible for the development and launch of the Dreamcast, led the acquisition of Visual Concepts and helped create 2K Sports. He remained with the company until 1999 after a “dispute with Japan” and joined Mattel.

He found success at Mattell selling Barbie video games, and stayed there until 2005. Then he became an advisor and director of Adscape Media, and later sold this company to Google for $ 23 million.

For many years before Google Stadia, Stolar tried to attract Google to the gaming business. However, former CEO Eric Schmidt was not interested in going down this path.

“There was no interest in games at Google at the time,” Stolar said. — I went to the CEO, who was Eric Schmidt, and said: “Why don’t we advertise all these games and give them away for free.” online?” He said, “We’re not in the gaming business.” I said, “We’re not going to be in the gaming business. We don’t develop games. We take games from publishers and broadcast them through our online network.” I left the company. I started helping them evangelize, but I knew I had no future.”

At the end of an interview with VentureBeat in 2015, Stolar joked that “he may be the grandfather of the CEOs he advises.” When asked how long he would continue to work, he said he had no plans to ever hit the brakes.

“Let’s put it this way. I’ve talked about it with two people, Sumner Redstone and Rupert Murdoch,” he said. — They’re both over 80. They’re both multi-billionaires. work, right? And they both told me, “If you retire, you will die.” I believe in it. My father, when he sold his liquor store and stopped working, passed away three months later. I’m not going to stop.”

Halo Infinite Will Not Compromise The Future Of The Saga, According...