Home Tech Bentley will produce only 12 cars in the world 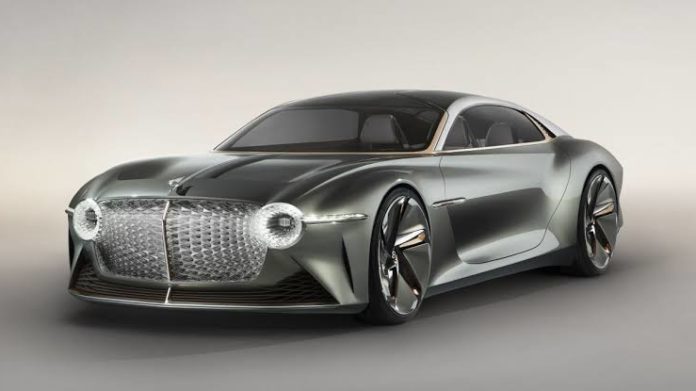 The luxury car manufacturer Bentley produced a concept car called EXP 100 GT to celebrate the 100th anniversary of the brand. The company is planning to build a new car based on this fully electric car, the roof of which is almost all glass.

UK-based luxury car manufacturer Bentley was founded in January 18, 1919. The automobile manufacturer, especially known for its luxury car model called Continental, is also known for its ultra-luxury cars produced in this style and also for the salty prices of these cars. Already Bentley, which is already too expensive for even standard models, plans to appeal to richer customers by introducing an automobile market in less expensive prices.

The British automobile manufacturer introduced the concept model EXP 100 GT to celebrate its 100th anniversary last summer. Available in two and four seats, the car’s roof consisted almost entirely of glass. Designed as a fully electric car, this model would have a price tag of £ 1.5 million if approved. The company set out to produce a similar model.

Only 12 Bentley cars will be produced:

Bentley plans to build a car based on the concept car. According to Autocar, the UK-based car news magazine, Bentley will produce a two-seat car, just like the EXP 100 GT. This model, which will appeal to more wealthy people, is thought not to use any ceiling instead of glass ceiling.

Bentley places great emphasis on being special in this car, so it is expected that Bentley will be created by the Mulliner team and only 12 of them are planned to be produced in the world. Although it is said that the price of the second plan, Bentley is still expected to blow the price a little.

Although the concept car is a fully electric car, it will be produced by Mulliner and is expected to use the classic Bentley W12 engine. This is the Bentley Continental GT, which produces 626 horsepower, a Bentley engine. If this idea is approved, the new two-seat Bentley car is scheduled to be introduced by 2021 at the latest.