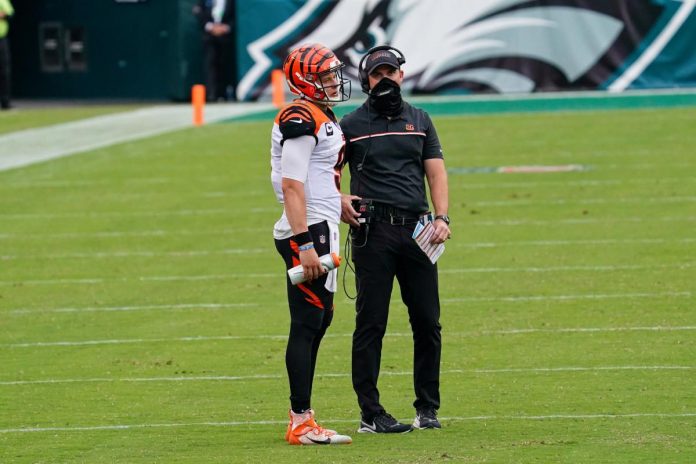 The Cincinnati Bengals have had a lot of controversy over the status of star quarterback Joe Burrow after his recent appendectomy.

Judging by what Bengals head coach Zach Taylor said, there is concern, but not much. On Friday, he gave an update on Burrow’s health.

Speaking to the media, Taylor announced that Barrow is recovering from day to day. But Burrow made sure to stay with the team during the recovery.

This week, he was seen riding his golf cart around the course while the team performed conditioning exercises in solidarity with his teammates.

The 2021 season was the best year for the Cincinnati Bengals in more than 30 years. They went 10-7 in the regular season, making the playoffs for the first time in several years before winning their first playoff game in 30 years.

From there, it was a magical playoff on the way to the Super Bowl. They nearly won their first NFL title, but Joe Burrow became one of the league’s fastest-growing stars.

Without a doubt, the fans want to believe that the team can only rise from here. But Burrow’s appendectomy was a stark reminder that the team’s hopes and dreams mostly depend on his good health.

Will Joe Burrow improve compared to last year or regress?

Paige Spiranak has been very clear about her opinion on the...