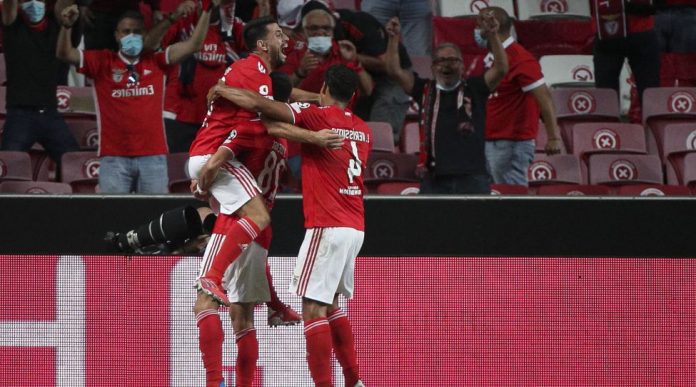 Lisbon “Benfica” was able to beat away the first match of the LCH playoffs against Dynamo Kyiv on Wednesday evening. The Portuguese celebrated the victory in Lodz with a score of 2:0.

Benfica continues the winning European path this season. The Eagles beat Dynamo Kyiv 2-0 thanks to goals from Gilberto and Gonzalez Ramos on a trip to Poland and are already on their way to the second leg, which will take place next Tuesday (at 20:00).

The first half was enough for the Reds to close the game. Benfica acted confidently, neatly scoring the opponent’s goal, and it was Gilberto who opened the scoring. The side got the ball on the edge of the penalty area and delivered a beautiful shot to the first of the Eagles. Dynamo Kyiv managed to go on the attack several times, but Vlahodimos intervened to keep the goal at zero. Closer to the break, David Nares took advantage of the incorrect transfer of the Ukrainian team, and Gonzalo Ramos scored the second goal of Benfica.

Look: Today during the parade, Draymond Green has a message NSFW...

The reaction of the golf world to Dustin Johnson’s speech on...