Home Entertainment Benedict Cumberbatch talks about the future of the MCU after “Doctor Strange... 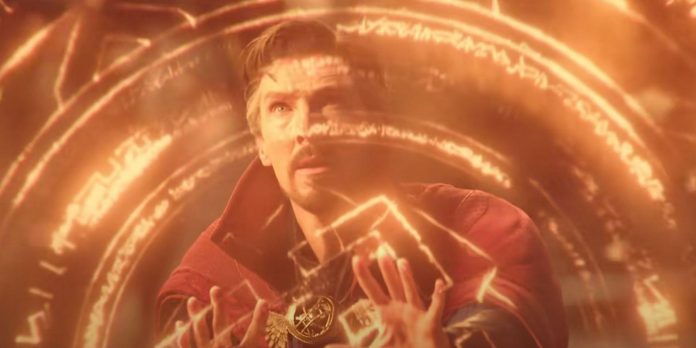 Benedict Cumberbatch is weighing up his future in the Marvel cinematic universe after the success of Doctor Strange 2. He starred in six films and played a particularly important role in the 2021 film Spider-Man: No Home, which seriously represents the multiverse. This concept is explored more in “Doctor Strange 2” featuring the Illuminati, as well as in other versions of Strange teased in the animated series “What If…?”. Although the film opens up many opportunities for the development of the MCU, it also only superficially touches on what the multiverse has to offer.

In addition, the ending of Doctor Strange 2 opens up many potential storylines for Strange himself. First, he develops a Third Eye, which may affect his strength level when he is next seen. Strange also meets Clea (Charlize Theron), who tells him that he caused the invasion and must fix it. Both of these things are likely to play a role in the future of Doctor Strange’s MCU and how it will evolve.

In a recent interview with The New Indian Express, Cumberbatch was asked about the possibility of creating “Doctor Strange 3”. The actor has made it clear that he is open to the idea. Read Cumberbatch’s quote below:

I hope so. I would like to make another one. Doctor Strange is such a complex character, and it seems like there’s a lot more to explore with him. He’s such a brilliant character and I still have a wild time playing him.

Given that “Doctor Strange 2” ends with a card reading “Doctor Strange will be back,” it’s likely that Cumberbatch will play his role again at some point. However, it is unclear whether this will be first in Doctor Strange 3 or in another movie. Since a full-fledged sequel is likely to appear in a few years, it’s not surprising if Strange first appears in another project, similar to how he did in Spider-Man: No Way Home.

However, it seems likely that “Doctor Strange 3” will eventually appear, especially since Cumberbatch is excited about the idea. It’s also worth noting that it would be a bit strange for Marvel to introduce Clea, an important comic book character played by a famous actor, only for her to appear in a minimal role in the future. Instead, her relationship and mission with Strange is likely to take center stage in Doctor Strange 3, even if Cumberbatch appears in another MCU project first. Since “Spider-Man: No Way Home” makes Strange a leading figure in a broader franchise similar to “Iron Man,” it’s nice to hear that Cumberbatch is still enthusiastic about this role after the events of “Doctor Strange 2.”

Rick and Morty: Season 5 Will Bring Spicy Adventures for Jerry...