Home Entertainment Ben Lapidus of America’s Got Talent reflects on his “absurd” performance with... 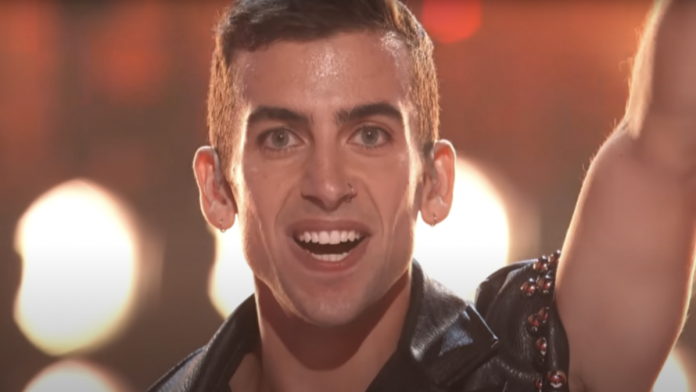 The stakes in the 17th season of America’s Got Talent are higher than ever, and the top 55 artists (including comedian Jordan Conley, who won the wildcard vote) have another chance in qualifying to get into the top ten for the finals. On the first night of the qualifying selections, the most memorable of the auditions came, including country singer Drake Milligan, Terry Crews golden button winner Avery Dixon and, of course, singer Ben Lapidus, also known as the guy with Parmesan cheese. Lapidus talked to CinemaBlend and other publications about switching to heavy metal in the qualifiers and why the performance seemed “absurd” to him… but not in a bad way!

Ben Lapidus began his second version of “The Song of Parmesan Cheese” by pretending that he was going to perform a very serious song, and not anything related, to quote him, to “Big Parma”. Simon Cowell (who couldn’t stop talking about the song after listening to Lapidus) looked confused by the change in tone after his first performance on the AGT stage. Then the singer began to perform his iconic cheese song, and everything made sense again!

There was a long pause between when he stopped the serious song and tore off his shirt to show his leather suit. When I asked what was going on in his head during that long pause when no one knew what would happen next, he shared:

What was going on in my head? It feels like you’re sleeping, like you’re about an inch and a half away from the inside of your eyes, and you’re behind a window pane. Everything just sort of unfolds in front of you, and the usual sense of free will that you have as a being in the body, sort of goes away, and you’re more like a witness. This is my experience of working under really high pressure at the moment. It’s really amazing, actually. It’s an absurd feeling.

Even the singer himself might admit that his heavy metal version of “The Parmesan Cheese Song” made him feel a little “absurd,” but that’s not so bad when it comes to America’s Got Talent. (Just look at the reaction of the audience every time Setward appears.) His performance at the qualifying tournament made the audience sing along and dance, including judge Heidi Klum! It’s definitely one of the most memorable of the whole season, not to mention the first night of qualifying. I’m sure I’m not the only one with this song stuck in my head!

So, what does Ben Lapidus think about what’s coming next? When he spoke to the press after his turn at the AGT qualifying stage, his fate was still in the hands of the voters, so there was no guarantee that he would return to the finals. However, he didn’t seem too worried about his future in the NBC hit when he shared what he plans next.:

I have absolutely nothing planned, but whatever it is, it’s going to be crazy. That’s what I mean… What you saw tonight is what I realized. [laughs] So if by the grace of God I reach the final, then I’ll just figure it out. It will be when I say this—and I hate that word— madness. It’s going to be crazy.

Not worrying about what to do next when his future was still up in the air seems like a pretty lighthearted way to get closer to showing results with less than 24 hours to go! Viewers had less than twelve hours to vote (voting closes at 7 a.m. Eastern time on Wednesday after the evening live broadcast on Tuesday), so his fate was decided very early. Just take another look at his qualifying performance with the song “The Parmesan Cheese Song”, completely turned into heavy metal!

Whether this fate is moving towards the finals or just going away, as the guy with the most memorable cheese-themed song in the history of America’s Got Talent will be revealed during the results show on Wednesday, August 10, at 8 p.m. ET on NBC. If you missed any of the Season 17 auditions, you can catch up on AGT streaming with a Peacock subscription! To find out about other viewing options now and in the coming weeks, check out our schedule of TV premieres for 2022.

Halo Infinite will not be open world: weather