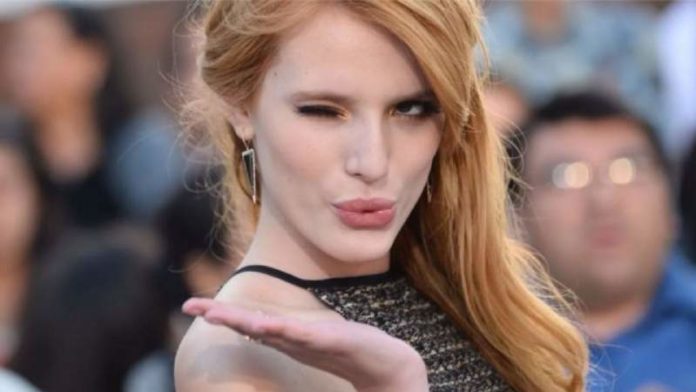 Impossible to decide on one! Bella Thorne and her twin revolutionized the Internet with a photo. One is prettier than the other!

Many years ago that all her fans know that Bella Thorne stopped being the tender Disney girl who was acting in “Shake it up” and has many other things to talk about her.

The controversies revolve around the redhead since she confessed that she was a victim of sexual abuse throughout her childhood through Twitter. This gave hundreds of followers courage to report their abusers. As it happened in December of this year with Thelma Fardin in Argentina.

And also jumped to the headlines after the diffusion of her private photos by her former partner. Bella spoke about it and tried to continue her life normally. What is surprising now is that many people did not know that Bella has an identical sister.

Although everyone calls them twins, it’s really not true, but it looks like her! Dani Thorne is four years older than the actress. They themselves are defined as twins, given how much they look alike even if they are several years apart. Bella is an actress and Dani is a singer.

The former Disney girl’s relationship with Dani is definitely a constant in her life, so a few years ago they got tattoos together as identical sisters they are. They get along so well that in Bella’s last photo this is checked:

Fans Create A Hashtag To Support BTS Against Malicious Comments