Home Entertainment Bella Poarch is reportedly filing for divorce from her “secret husband” of... 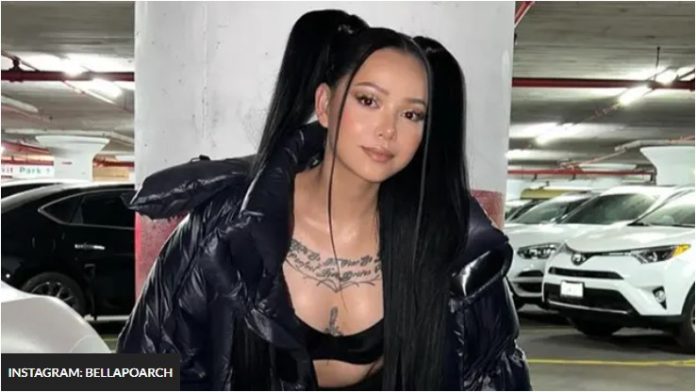 It is reported that TikTok sensation Bella Poarch has filed for divorce from her almost four-year-old husband, citing “irreconcilable differences.”

25-year—old Bella Poarch is one of the biggest stars of TikTok, she has more than 90 million subscribers in the app. She is well known for her viral videos, such as lip syncing “M to the B”, which took over the platform in 2020.

According to legal documents obtained by TMZ, Bella and Tyler got married in January 2019, which means they’ve been married for just under four years. The reason for filing for divorce, the star called “irreconcilable differences.”

So far, Bella has had an extremely successful career in both TikTok and the music industry.
Bella doesn’t seem to have entered into a public relationship since she became famous in TikTok. There were various rumors about her relationship, and in 2021 she suggested that she was not married in a TikTok video.

However, the star kept her personal life a secret online, which made the reports of her filing for divorce even more surprising to fans.

“Damn, she really kept it a secret because I had no idea she was married,” a Twitter user wrote.

“Excuse me, what? It was so out of nowhere, what? said the other.

Bella hasn’t spoken publicly about her marriage yet, and it’s unclear if she plans to ever do so in the future, but the messages certainly surprised many fans.

The star started posting on TikTok in 2020, and since then she has amassed millions of subscribers, views and likes and even launched a successful music career, stunning fans with hits such as “Build a B*tch”.

In “Spider-Man 2” there is an ingenious reference to the “Sinister...