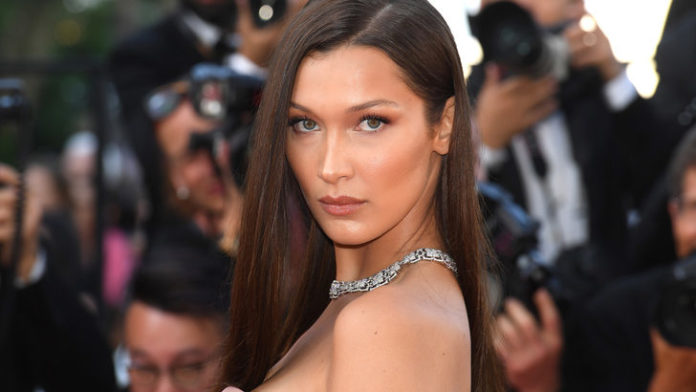 Bella Hadid cocktails and sexy outfits, her crazy evening revealed. The last news, Bella Hadid had fun like a little crazy in an ultra posh evening. And her followers loved her shots.

Bella Hadid needed to breathe because of Fashion Week! And to do so, the star had fun in an ultra trendy evening . She also shared some images of the festivities on the Web.

In recent weeks, Bella Hadid has been busy ! The reason ? The young woman participated in Fashion Week . She also made the show in several London fashion shows as well as in Paris. Her sister Gigi, and her friend Kendall were also there.

On the podium, Bella Hadid attracted everyone’s attention . The top model also caused a sensation for that of Lanvin . The star made the buzz with a very glamorous and sexy outfit. Lately, the pretty brunette has also been immortalized for ELLE magazine. To do so, she posed alongside Carla Bruni and designer Riccarco Tisci.

Unsurprisingly, the images caused a buzz. On the Web, many Internet users have underlined the resemblance between Carla Bruni and Bella Hadid . It is true that the two women have similar facial features. In addition, Gigi’s sister admires the former first lady’s modeling career.

BELLA HADID HAD A BLAST LIKE NEVER BEFORE ON HER LAST NIGHT!
Being a renowned top model, Bella Hadid has a nice address book. She is also invited to the trendiest parties in the world. Very active on the Web, the young woman loves to share her daily life with her fans.

On this social network, she has more than 28 million followers . The class! On the Web, Bella Hadid shares everything . Her current looks, her shootings but also her upcoming projects. Lately, the model has also unveiled some images of her last evening on Instagram.

As you can see, Bella had a great time with her loved ones. She also tasted a multitude of refined dishes, without forgetting a few glasses of champagne. And to see the images, the whole assembly had a lot of fun!

The photo of the Emily Ratajkowski Turns Social Networks Upside Down