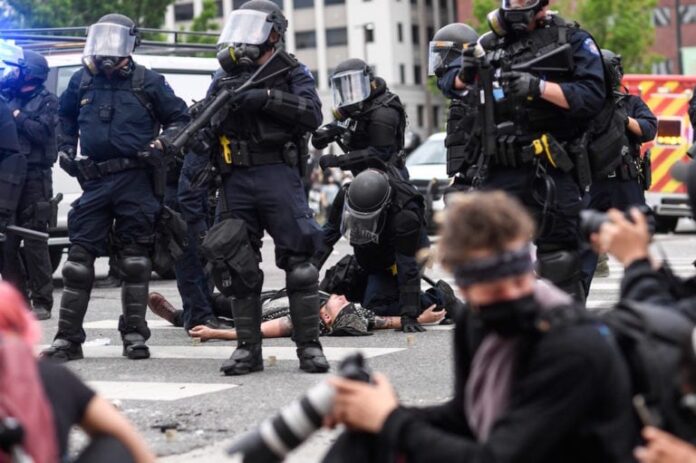 In Belgium, the police put a reverse handcuff on the 13-year-old boy and detained him.

Increased racism and police violence are being protested in many countries in Europe after the black murder of George Floyd in the USA by the police.

On June 1, in the Saint-Gilles region of Brussels, the capital of Belgium, the images that the police detained on the 13-year-old boy were put on the agenda of the social media. Citizens reacted greatly to the images that appeared, calling for the police to be punished.

“The police officers did not make any mistakes during this detention, because the police had attempted to escape explicitly and there was no minimum age limit for attaching the handcuffs , ” the police said of the reverse handcuffs on the 13-year-old boy .

In his statement on the subject, General Delegate of the Child Rights Bernard de Vos stated that they will analyze all the developments in detail tomorrow and inform the public about what measures can be taken about the case.

On the other hand, there is no age limit for the police to comply in order to use handcuffs during intervention according to the law in Belgium.

Another Important Partnership From Ripple