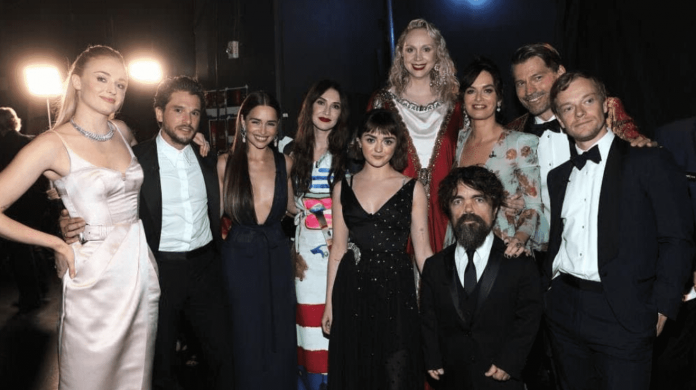 Game of Thrones is long over and we are forgetting that tragic ending that had so many counterparts among fans. That brings us to the new spinoffs HBO announced, including House of the Dragon, the Robert Baratheon story, and Tales of Dunk and Egg, (not to mention another animated drama on the way).

But that’s not all for the Game of Thrones world. The actors in the original series follow their lives and eventually speak up. And they don’t always tell the best or prettiest stories to read. It is that apparently, at the beginning of everything, when the HBO series began its filming, many did not agree with some situations that were experienced on the film set.

One such series of interviews, featuring various Game of Thrones actors, revealed many of the behind-the-scenes trivia that we never see and opened the lid on a decade-long scandal. Okay, it’s not really as bad as it sounds, but we want to know which actor demanded that HBO switch caterers.

Nikolaj Coster-Waldau (Jaime Lannister) told what was his worst experience in Game of Thrones, a different way of seeing things that we do not realize. When he finished laughing, Gwendoline Christie (Brienne of Tarth) agreed.

“The catering of the first seasons was not good and brought several problems. We had a course correction on food while filming the first few episodes. ”

Joe Dempsie (Gendry) gave the most terrifying clue of the moment about this Food-Gate that seems to have swept through Game of Thrones. Producers be aware of these situations please !.

See Also
Why Robert's rebellion should be shown in a prequel

“Yes, the first few years the catering was terrible, until an actor who will remain anonymous tore his lunch up the side of the hill and insisted that the catering services be changed to continue.”

Who was he? Everything seems to point to Kit Harington as one of the main members of the cast to change this situation. Luckily, the situation, according to its protagonists, could be solved and the series continued its normal course.

If you’re a Game of Thrones fan, the last week has been pretty crazy. The show ended almost two years ago and was the most popular series of its time, but the news keeps coming.

Since HBO tried to make a prequel that did not go as expected, and began making another one, House of the Dragon, fans have been eagerly awaiting the news that will fill an important void.

Nina Serebrova Shares a Snapshot Of Her Posing In A Black...