Home Crypto Behind the Scenes of the Giant Bitcoin Highlight! What Happened? 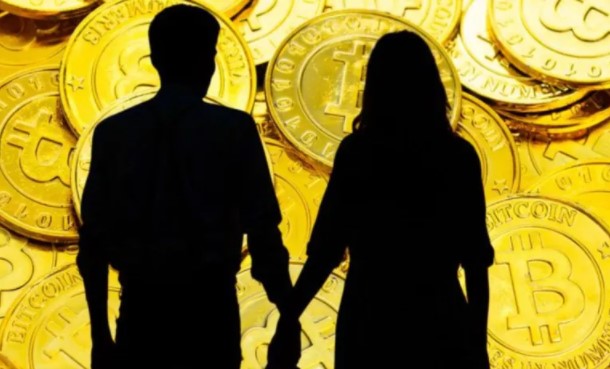 Meet the crypto ‘Bonnie and Clyde’. A married couple in their 30s are accused of laundering $4.5 billion worth of Bitcoin from the 2016 Bitfinex hack. US prosecutors allege that Ilya Lichtenstein and Heather Morgan acted like people in a spy novel. Authorities found $40,000 in cash, 50 electronic devices, and two engraved books in their New York home.

Are Bitcoins (BTC) stolen in the Bitfinex hack laundered?

A couple in their 30s, nicknamed the crypto “Bonnie and Clyde,” quickly came into the limelight after being accused of conspiring to launder about 120,000 Bitcoins (BTC) worth $4.5 billion stolen in the 2016 Bitfinex hack. Russian-American Ilya Lichtenstein, nicknamed ‘Dutch’, and his US-born wife, Heather Morgan, were arrested in Manhattan this week. The US Department of Justice seized $3.6 billion worth of Bitcoin, reclaiming most of those lost in the cyberattack.

Calling herself the ‘Wall Street Crocodile’, Heather Morgan raps on TikTok under the name Razzlekhan. He is also a Forbes writer who once wrote an article on how businesses can be protected from cybercriminals. Ilya Lichtenstein’s default Twitter account features frequent posts about Web3 and cryptocurrency, while his LinkedIn account lists roles as an advisor to a blockchain startup and an investor in similar projects.

Hong Kong-based Bitfinex reported in August 2016 that hackers had stolen 120,000 Bitcoins, worth around $70 million at the time. US authorities believe that the intruder processed more than 2,000 unauthorized transactions and eventually sent the collected Bitcoin to a wallet held by Ilya Lichtenstein. They did not accuse the couple of carrying out the cyber attack.

Officials said in court filings that about 25,000 Bitcoins were transferred from Ilya Lichtenstein’s wallet, with some transferred to accounts held by him and his wife. The remaining 94,000 Bitcoins remained in the wallet that was originally used after the attack.

Special agents with a search warrant for the couple’s online accounts obtained files from an account controlled by Ilya Lichtenstein, which held the private keys to the original wallet. Finding the keys was a crucial step. It likely revealed the buyer’s wallet address and helped the agents unravel the laundering scheme. This allowed them to recover 94,000 Bitcoins. The Justice Department said the couple was engaged in various virtual currency transactions, including NFT purchases. But OpenSea accounts now appear to be deleted.

How did the couple allegedly ‘launder’ Bitcoin (BTC)?

A new 34-page court filing on Thursday claimed that the couple tried to hide their role in Bitcoin laundering by creating new identities. Prosecutors said Lichtenstein and Morgan spent a month in Ukraine in 2019 and their activities “at times appeared to be taken from the pages of a spy novel”. It is thought that Morgan was preparing to live in Russia while learning the language.

A January 5 search of the couple’s New York apartment found $40,000 worth of cash, more than 50 electronic devices, two engraved books and a bag labeled ‘phone burner’. Authorities believe they have accessed Lichtenstein’s cloud storage account. The encrypted files there have a spreadsheet of various accounts and additional wallets that the authorities can’t legally get hold of. “Many of these files contain variations of the word ‘dirty’ in their names, such as ‘dirty_wallet.dat’,” the filing states.

Another discovery was a file called ‘passport_ideas’ which contained links to various darknet merchant accounts offering passports or ID cards for sale. Lichtenstein and Morgan are charged with money laundering and conspiracy to defraud the United States, with the couple facing a total of 25 years in prison. They will remain in custody until the hearing on February 14.

US Senators Are Buying Bitcoin (BTC)!