Home Entertainment Before the Super Bowl 2022, Rihanna had the opportunity to perform at... 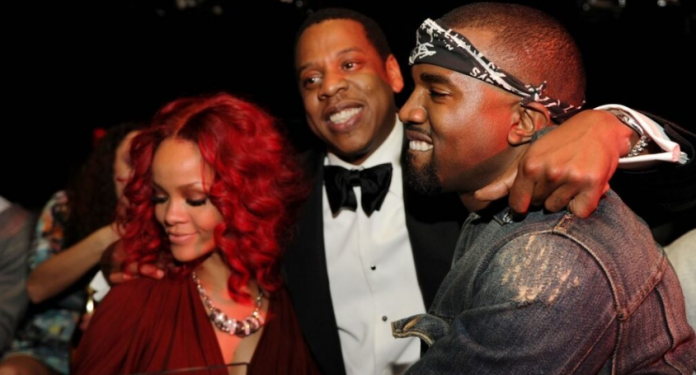 Whenever it’s Super Bowl time, it’s hard for football fans to stay calm. This is the best and most important day for football fans. With pizza and amazing singers singing at the event, it’s a heavenly day for the audience. However, it has been confirmed that Rihanna will headline the show during the 2023 Super Bowl halftime. She had a chance to perform with Kanye West and Jay Z. But why didn’t it happen?

In 2009, Rihanna collaborated with Kanye West and Jay Z to create the song Run This Town. The song became a hit, and the diamond actress had the opportunity to perform at the 2020 Super Bowl with Kanye and Jay Z, but the performance never took place. That’s why.

Although Rihanna declined an offer to host a halftime show in 2019 due to political differences regarding the support of former NFL player and activist Colin Kaepernick, in 2023 Rihanna will headline the halftime show. But there was another time when the singer was close to performing at the Super Bowl: in 2020. Jay Z produced the Super Bowl halftime show starring Jennifer Lopez and Shakira in 2020. However, the award-winning rapper declined the offer.

Jay told how he was specifically asked to perform his 2009 hit “Run This Town” featuring Ye and Rihanna. He declined the offer because the NFL wanted to control who Jay Z could invite to perform. “That’s not how you act, telling someone they’re going to give a halftime show depending on who they bring in,” the rapper told the publication. He told them to forget about it, as he would not perform like that.

Among the artists who declined the offer to perform at the Super Bowl with Rihanna and Jay Z, Cardi B, Pink, Taylor Swift and others joined for various reasons.