Home Celebrity Before the slap at the Oscars: Will Smith’s most controversial moments in... 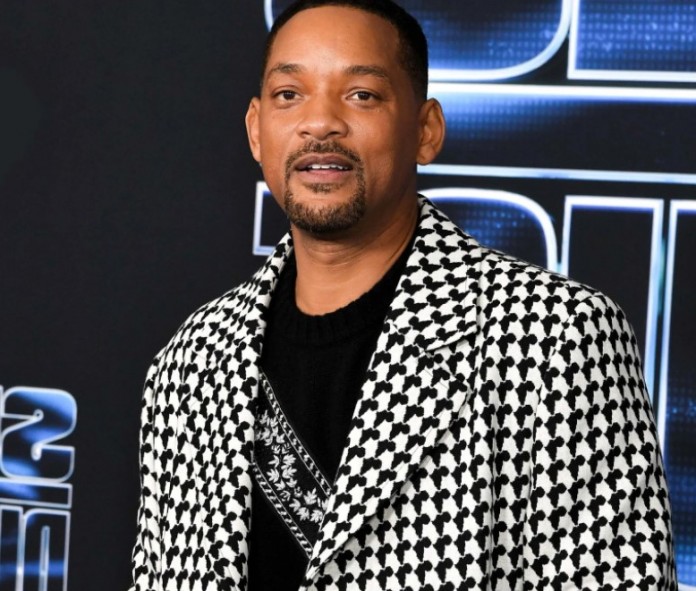 A controversial career. Will Smith has been at the center of several scandals over the course of his multi-year career, some of which even date back to his time on “The Fresh Prince of Beverly Hills.”

When Janet Hubert, who played Aunt Viv in the first three seasons, left the sitcom of the 90s due to “creative differences” in 1993, the rapper “Summertime” criticized his former partner during a radio interview. “I can say bluntly that Janet Hubert wanted the show to be Aunt Viv’s show from Bel-Air,” Smith said at the time, per E! News. “She’s angry now, but she’s been crazy all this time. One day she said: “I’ve been in business for 10 years, and this snotty punk comes and puts on a show.” No matter what, I’m just the Antichrist for her.”

Although he later apologized for his comments, the Philadelphia native’s remarks marked the beginning of a long-standing feud with Hubert. “There will never be a [Fresh Prince] reunion… as I will never do anything with an asshole like Will Smith,” the Love Life actress told TMZ in December 2011.

Two years later, Hubert claimed that Smith was spreading “lies” about her behavior on set. “I think what happened was because the public was so on my side at the time that Will probably felt he needed to come out and he needed to lie a lot. …I have evidence that a lot of this didn’t happen,” she told The Grio in March 2013.

The pair continued their relationship for years before eventually burying the hatchet during the 2020 Fresh Prince of Bel-Air reunion special, where Smith admitted he “complicated the set” for Hubert during the third season.

“Words can kill. I’ve lost everything. Reputation. That’s it, that’s it. I understand that you were able to move forward,” she told star Ali during the HBO Max special. “Calling a black woman ‘difficult’ in Hollywood is the kiss of death. It’s hard enough being a black black woman in this business. I felt that we needed to finally move forward. And I’m sorry I tore you to pieces.”

While he managed to settle one of his Hollywood feuds, Smith started a new one at the 2022 Academy Awards by punching Chris Rock during the ceremony. After the comedian joked about Jada Pinkett-Smith’s shaved head, the Oscar winner burst onto the stage to protect his wife (who has alopecia) and punched Rock in the face. After he returned to his seat, Smith shouted at Rock, telling him, “Keep my wife’s name out of your fucking mouth.”

The next day, the rapper Gettin’ Jiggy With It apologized for his behavior in a statement posted on Instagram. “Violence in all its forms is poisonous and destructive. My behavior at yesterday’s Academy Awards ceremony was unacceptable and inexcusable,” Smith wrote in March 2022. — I would like to publicly apologize to you, Chris. I was out of line and I was wrong. I am confused, and my actions did not indicate who I want to be. There is no place for violence in the world of love and kindness.”

Oscar’s Slap in the Face

After the disagreement, Smith resigned from the Academy, awaiting the results of a disciplinary hearing over the altercation. “My actions at the 94th Academy Awards Ceremony were shocking, painful and unforgivable. The list of those I have offended is long and includes Chris, his family, many of my dear friends and family, everyone present and the global audience. at home,” he said in a statement to Variety in April 2022. “I want to focus again on those who deserve attention for their achievements and allow the Academy to return to the incredible work it does to support creativity and artistry in cinema.”

A week later, the Academy announced that Smith would be banned from participating in all Oscar-related events and ceremonies for 10 years. “I accept and respect the Academy’s decision,” he said at the time.

Will vs. Aunt Viv

After almost three decades, Smith met Hubert in November 2019 as part of the HBO Max Fresh Prince reunion to clarify the situation. “During that third season, when I got pregnant, a lot of things [happened] in my life, as well as in Will’s life,” Hubert recalls, claiming that her salary was also cut. — Home life was not good at all. … I no longer laughed, smiled, or joked, because things were happening that no one knew about. [The actors] had no idea what was going on.”

In response, Smith admitted that at the time he was “not sensitive” to his partner in the film. “Now that I have three children, I’ve learned some things I didn’t know at the time,” he said. “I would have done very differently. I see that I have complicated the set for Janet.”

What is Jungkook looking for in a girl?

SHAKIRA’S HARD TRAININGS FOR PRESENTATION IN THE SUPER BOWL