Home Entertainment Before I Forget, Analysis. The breath Of A Lifetime 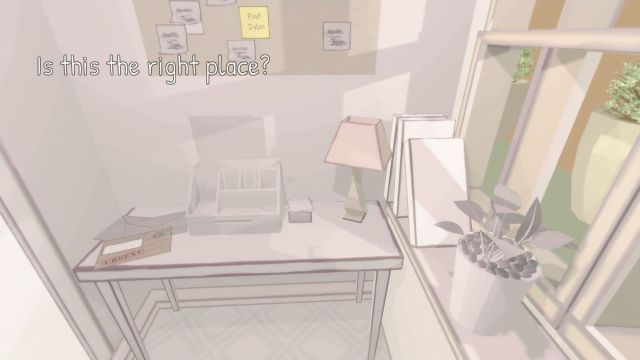 Before I Forget: With the rawness necessary to treat dementia through our eyes, 3-Fold Games manages to convey its message in a short and direct way. The human being tends to project his memories through material things. It is, in a way, normal in a society like ours, where we are surrounded by objects and goods that belong to an individual. We attribute memories to recognizable entities. From a lipstick, which immediately draws the image of its owner, to a bottle of cologne, whose smell also gives off a memory. Figures closely related to the use of our memory. And that is, our memory, something ephemeral, like a muscle that we must train so that it does not weaken. Unfortunately, its degradation is as organic as life itself. Before I Forget is nothing less than the reflection of a lifetime.

A love story told based on memories

Claire Morwood and Chella Ramanan, members of the small studio 3-Fold Games, published this first-person narrative work in 2020 in which we put ourselves in the shoes of Sunita, a woman who suffers from early dementia and, for some reason, lives alone waiting for answers. Why are you here? What is everything that surrounds you? Moving and sophisticated in its message, Before I Forget only asks us for one hour of our time to explain Sunita’s present and past; But she will not do it alone, rather we accompany her on a brief journey through a house steeped in experiences, past moments immortalized through photography, press clippings, the sound of the piano, crumpled postcards, notes on the fridge. .. The game now comes translated into Spanish on Xbox One, Xbox Series and Nintendo Switch, where we have analyzed it.

The emotional charge of the work is very high and, due to its certain abstract nature, each person will identify some of these emotions in different ways. Because it is easy to be identified with the message of Before I Forget, simply because it does not seek to confuse the concept of forgetting, but to naturalize the existence of a disease that little by little wears you down, to the point of not knowing where the kitchen of your house is or what’s beyond that door.

After a few initial minutes, you start to pick up objects so that that gray world, that interaction with what you can touch with your hands, goes from being gray to glowing in color. And the color, in your hands, recovers some of those memories. This is how the story of the work is written, whose narrative process is slow at the same time as simple, even predictable, no less endearing and tender. All the pieces fit. Everything makes sense when you open that drawer, when you read that old mail waiting in your inbox … There is no victory, there is no defeat. There is reality and, as usual, that reality stops being pleasant when you realize what one day you had and that little by little you stopped having.