Home Entertainment Before Dracula, there was Carmilla: The First Vampire 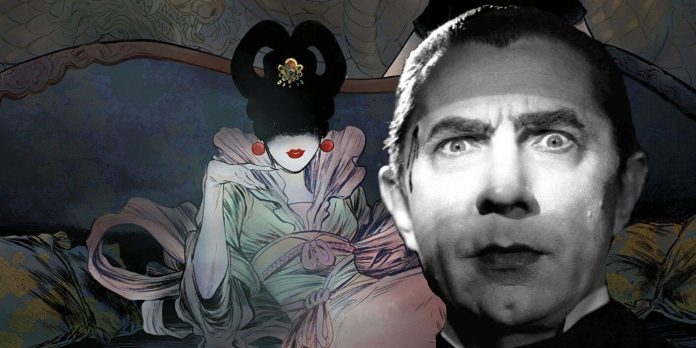 While the most famous vampire may be Dracula, Carmilla preceded the horror icon and her story is being retold. Dark Horse Comics has announced “Carmilla: The First Vampire”, which modernized the original novella, which was released before the classic novel by Bram Stoker. This retelling of LGBTQ+ will provide an upgraded version of the main character.

Carmilla was written by Sheridan Le Fanu and published in 1872. Twenty-six years later, Bram Stoker’s Dracula was published. The story has long been interpreted as having a touch of LGBTQIA, although the story remained ambiguous. This ambiguity will no longer be in the latest retelling of the classic story from Berger Books, an imprint of Dark Horse Comics.

A new Dark Horse Comics press release announces the return of the literary vampire Carmilla. The creative team of Amy Chu and Su Li is working on “Carmilla: The First Vampire”. It will be a historical detective story set in New York in 1996. It is published by Berger Books, run by Karen Berger, former executive editor of DC Vertigo. The story of Carmilla is less well-known than the story of Dracula, but it is no less important, which Chu and Lee will show in their upcoming work.

The action takes place in 1996, in the year of the Rat and at the peak of the HIV epidemic/AIDS. An idealistic Chinese-American social worker becomes a detective when she discovers that young homeless LGBTQ+ women are being murdered, and no one, especially the police, seems to care.

A series of clues points her to Carmilla’s, a mysterious new nightclub in the heart of Manhattan’s Chinatown. There she falls in love with Violet, the next likely target, and finds herself at the center of a true horror story—and comes face to face with questions about her own identity and dark past.

Horror and mystery fans will probably find a lot of interest in this Dark Horse Comics story, as it gives a fresh look at a lesser-known classic vampire. Dracula is often a vampire who is often referenced, but the horror genre is full of other vampires whose stories are rarely told in comics. This will be a great opportunity for vampire lovers to shake up a bit from typical vampire food.

Amy Chu says: “Everyone is familiar with Dracula, but few people know that he was inspired by the vampire Carmilla, who fell in love with many young women who became her victims. By bringing this story to New York in the 90s, I allowed myself to explore themes of cultural identity. , gentrification, homophobia and racism. This is definitely the darkest and most mature storyline I’ve ever written!”

Su Lee, the artist of Vampirella Fairy Tales, adds: “Gothic, horror and vampires make up the classic backdrop of New York in the 90s. Using the colorful atmosphere of the city and cultural references, Amy and I bring back to life the old New York that I know and love this retelling of Carmilla.”

Karen Berger also says, “Carmilla is not only a mesmerizing, intense and decadent thriller, Amy and Su have created a story with important cultural themes that resonate in today’s antagonistic times.”

Berger Books has published many graphic novels and comics, including Anthony Bourdain’s Hungry Ghosts, She Could Fly, Seeds and LaGuardia by Nnedy Okorafor and others. The latest offering from Dark Horse Comics is an intriguing modern interpretation of the vampire genre. While readers may have had enough of modern vampire stories in many ways over the past decade, this latest classic-inspired addition is sure to be something new and refreshing. Readers will be able to get acquainted with the literary predecessor of Dracula when “Carmilla: The First Vampire” is released on January 11, 2023.

Microsoft works to unite Ubisoft Plus to Game Pass