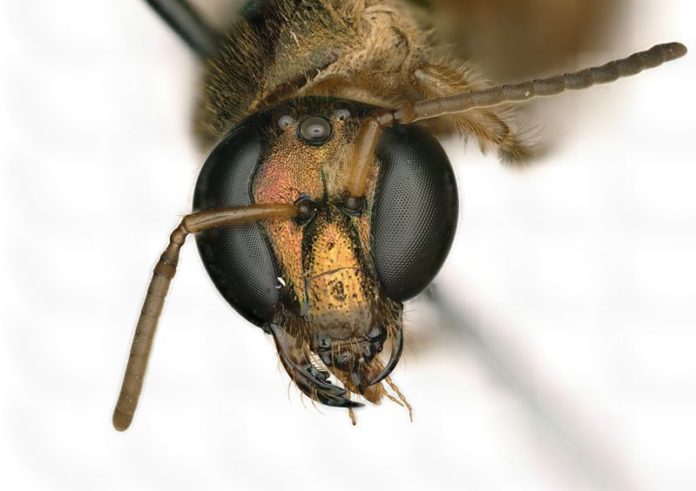 Jinandromorphism is the name given to the case that half of a living being is male and half is female. Although jinandromorphic creatures are very rare, this bee stands out as one of the creatures with this feature.

There are some incredible facts in nature. One of them seems to be Jinandromorphism. Jinandromorphic creatures are not bisexual. These creatures are known for having a different situation than accommodating the genitals of both sexes. In other words, both halves of their bodies have different genders.

This situation was last observed in a bee. While the right side of the bee carries female features, the left side shows all male characteristics. This bee looks as if a male bee and a female bee are divided in half and then merged.

A very rare bee
Erin Krichilsky, who found the bee and made the first examination, took part as a research assistant at that time, and the Smithsonian Tropical Research Institute (STRI) revealed that the bee was extremely rare.

Speaking about discovering this interesting beetle 4 millimeters tall, Krichilsky said, “It was a very remarkable creature, unlike anything I’ve seen before. It was a very exciting day. ”

Findings about the mysterious insect were recently published in the Journal of Hymenoptera Research. It is stated that half of this incredibly rare ginandromorph is male and half is female and is a member of amoena type honey bees in Megalop, which is very common in Central and South America.

2nd example discovered in 20 years
Hermaphrodites normally appear as male or female when viewed from the outside, but both sexes have reproductive organs. All bodies of jinandromorphs resemble mosaic of two different sexes. Although some creatures with this feature have been discovered, their numbers are very few and there are not enough studies to explain their reasons.

Scientists discovered another two-sex member of this species in 1999. So for more than 20 years, such an example appeared only a second time among thousands of bees caught.

Scientists have an idea of ​​why this happened. The reproduction of bees is slightly different. Unfertilized bee eggs produce female bees. On the other hand, if this egg is tried to be fertilized by a man later, two genetic sources are mixed and this kind of creatures emerge.

The Key to Colonization on Mars: Microorganisms