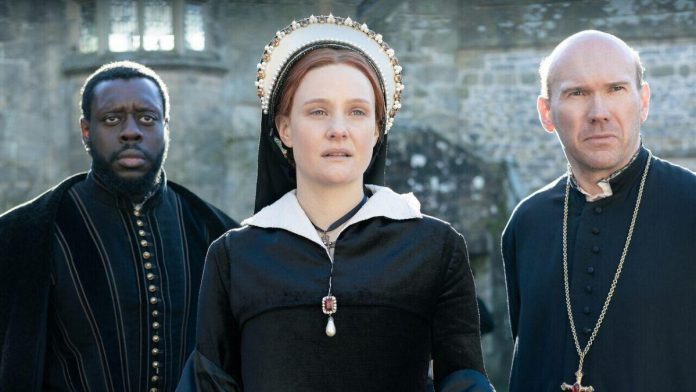 The first season of the series “Becoming Elizabeth” ended after a tense finale. King Edward’s time is fast running out, Elizabeth is still underestimated by the power at court, and Mary’s status as the next in the line of succession of Henry VIII is far from secure due to her Catholic faith in the Protestant kingdom. History guarantees that Elizabeth will eventually become the famous Queen Elizabeth I, but time has not been so supportive of the legacy of the real Mary Tudor. Actress Romola Garai, creator/screenwriter/executive producer Anya Reiss and executive producer George Ormond spoke about the woman popularly known as “Bloody Mary” and her terrible situation.

The actors and executive producers of “Becoming Elizabeth” told CinemaBlend about the series and its historical roots before the premiere. Maria Tudor’s journey after eight episodes presented her in a different light than viewers who knew her as “Bloody Mary” could have expected. Romola Garai, who played Mary in the Starz series, shared how her character defies expectations:

I think that interest in her as a historical figure has been revived for a number of years. Partly because her legacy suffered so much because of her attempt to restore Catholicism in England, and then obviously afterwards, like 500 years of history trying to characterize this attempt as a kind of bloodbath. I think she was a very interesting woman. I think she was definitely not one of those terrible leaders that we were led to believe. There was violence during her reign, but no more and no less than under Henry VIII or Elizabeth herself, in fact, it is debatable. I think that Anya’s creation of her as a character takes place against the background of a lot of really interesting historical research and a kind of growth and interest in studying her as a historical person and her reign as a whole.

The Starz show may be called “The Making of Elizabeth” and star Alicia von Rittberg as the future monarch, but the first season devoted a lot of screen time to establishing who the version of Maria performed by Romola Garai is, how much England means to her and what she is. I am ready to suffer for my faith. History remembers the real Mary Tudor as the first reigning queen of England and as a monarch who was ready to shed blood to restore Catholicism. As Garai pointed out, violence reigned in the Tudor family: Henry VIII before Mary and Elizabeth after her.

Anya Reiss, who created “Becoming Elizabeth” and wrote most of the eight episodes of the first season, told the story of this generation of Tudors in a completely different way than it was done for television before. She shared her approach to bringing Maria to the small screen, without portraying her as a tyrant in contrast to the heroic Elizabeth. Reiss said:

She seems to be an extremely little-studied character in the media, and she is always portrayed as just the bad one that was before Elizabeth. And I think that no one has ever addressed her as her own person, her reign, her own life experience and part of our history. She’s always been a foil. So I think it wasn’t a conscious decision like, “Oh, we’re going to do the opposite of what we’ve always shown.” It was a conscious decision to treat her as a real person who has her own story.

Becoming Elizabeth certainly doesn’t go through the historical records to go from the death of Henry VIII to the coronation of Queen Elizabeth I in just eight episodes, and Mary still needs to turn to the throne before Elizabeth ascends. The first season made her believe that she would become queen after Edward’s death (which seems to be fast approaching), although history buffs know that it won’t be as easy as the death of her brother and his older sister taking the crown. If there is a second season, it’s safe to say that the series will continue to explore Mary as something more than Elizabeth’s foil.

At the same time, Mary Tudor, who became Elizabeth, found herself in an even more dangerous position than her half-sister, because of her refusal to abandon the Catholic faith and convert to another faith. Executive producer George Ormond summed up Mary’s situation quite accurately at the beginning of the series:

She’s in a terrible position, isn’t she? I think the most amazing thing about what Anya has done with the show is that all the people. They are all flawed. Elizabeth, Mary and Edward are characters with very, very high status who do not have enough power, which, in their opinion, is necessary in order to be able to do what they want to do in their world. So Mary is an adult, a Catholic who, when her younger brother becomes king at the age of nine, becomes a Protestant fanatic. And he starts telling her that she should convert to Protestantism, and this puts her in a hopeless position. And I think Anya dramatizes her story and her humanity, the way she tries to stay close to her brother and maintain the relationship between brothers and sisters and go down this path, keeping her faith.

Sam and Max Remasters are Coming to PlayStation

Where Zelda Games can Go after BOTW 2