Home Celebrity Becky G redrawn smiles among her fans with a neckline of movie... 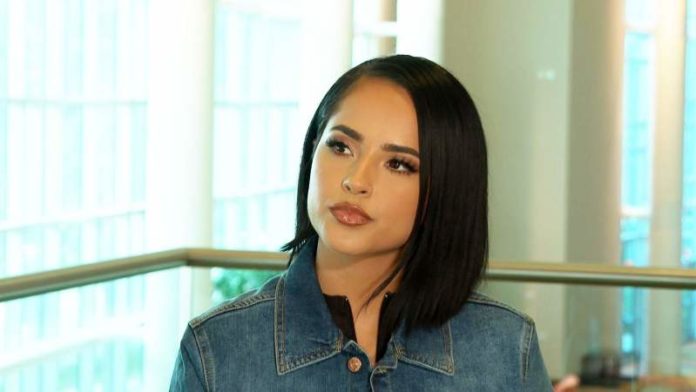 Becky G redrawn smiles among her fans with a neckline of movie Goddess! The singer decided to venture into the world of video games. Look!

The singer ventured into the world of video games, after having been the star presenter of the aforementioned MTV awards, and it seems that she will not stop at anything.

After breaking it all in the delivery of the 2019 MTV EMAs, Becky G went to Paris for the opening of the world championship of the game “League of Legends”, in which she will personify “Qiyana”.

During the LOL event, Becky chose a very suggestive wardrobe, with a neckline that gave her talk both during her live performance and in the photographs she decided to share on her Instagram account.

In the special that Spotify made about her career, Becky says that rolling around the different areas of the entertainment world is part of its essence, which is demonstrated with this new project.

With work also in the cinema, and its incorporation into the world of video games, Becky G demonstrated once again all its versatility, and that her talent goes beyond music.

Taylor Swift amazed her fans with a record on Spotify