Home Celebrity Becky G Dazzled Everyone With Her Shocking Figure 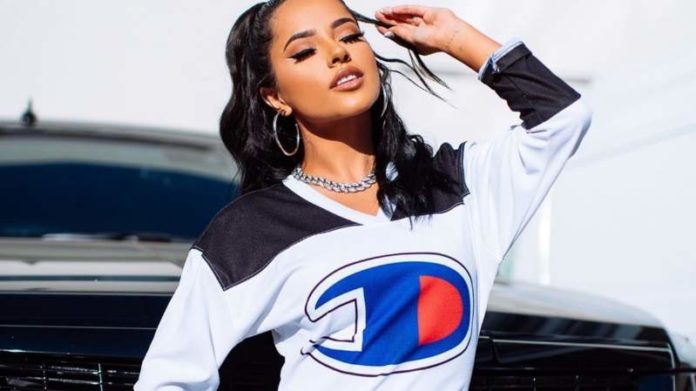 Crazy! Becky G stopped to tan and delight her fans with her bikini. The singer dazzled everyone with her shocking figure at the edge of a pool.

One good day, Becky G decided to put aside the maelstrom of the shows and the awards flashes to devote herself to rest and take a day for herself.

With the release of her first album “Mala santa”, the singer has established herself as one of the most successful stars of urban music in 2019, and continues to increase her fame.

But now, far from all that, Becky was very relaxed enjoying a sunny day, while tasting a drink at the edge of a pool. The images were taken by an Instagram account of fans of the artist and have already been viralized throughout the web.

The images show Becky in a small bikini, and as usual, her curves took all the looks of her fans.

Becky was recently the star conductor of the MTV EMAs 2019, which took place in Seville, Spain. And precisely in that country that saw her show off, she will present her next concert on December 8.

It will return to HBO with a new title and this...

Michael Keaton’s Batman Costume in DC EU: All 8 differences from...