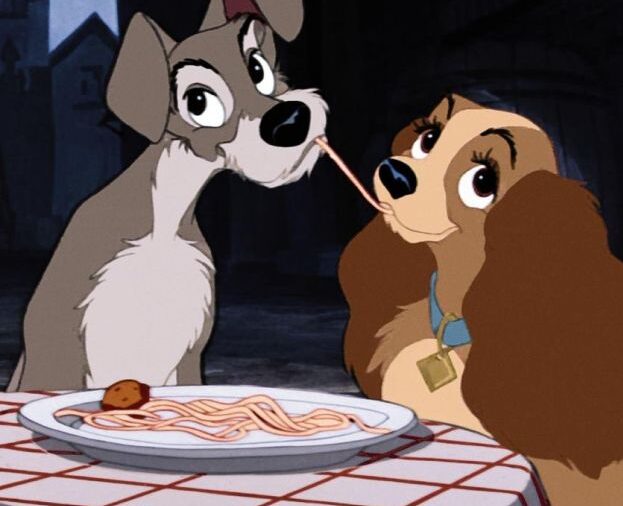 This Thursday, December 24, 2020 on M6, you will be able to watch or re-watch La Belle et le Clochard. But how well do you know the cult animated film from Disney studios?

Characters inspired by real animals, a scene that almost didn’t happen, a dog that had to die … Discover the secrets of this now legendary feature film!
Lady and Tramp are inspired by dogs that really existed
While you will be able to (re) discover Beauty and the Tramp on TV on M6 (also available in the Disney + catalog) for this Christmas Eve, do you know the secrets of the film? Know that the canine heroes of the 15th feature film from Disney studios, released in 1955, are inspired by real dogs that have existed. Lady, the female King Charles spaniel is inspired by the American cocker spaniel of Joe Grant, Disney animator on the animated film. His dog was called Lady, the same first name he gave to the heroine. It is Walt Disney himself, who seeing the superb fur of the animal would have decided to create the star of his film according to her. On the other hand for the drawing of the dog, he preferred to be inspired by the English cocker spaniel of Hamilton Luske, the director of La Belle et le Trochard.

Tramp, the mongrel dog with a big heart, is also inspired by an animal that has existed. Erdman Penner, screenwriter on Beauty and the Tramp, found a stray dog ​​in the Disney studios. One day, he disappears but he locates him at the pound. To prevent death by euthanasia, the screenwriter adopts the animal. Even if he realizes that it is a female, it is from her that the “design” of Clochard is inspired.

The kiss scene with the spaghetti Bolognese almost didn’t happen

Beauty and the Tramp, which got a remake on Disney +, could have been very different. Indeed, the mythical scene of kissing between Lady and Clochard almost did not see the light of day. This is the famous sequence where canine lovers eat a dish of spaghetti bolognese. Tony and Joe, respectively owner and chef of the Italian restaurant, serenade them for this ultra romantic evening that ends under the stars. And while they savor their meatballs, Lady and Tramp, without paying attention, eat the same spaghetti … until they kiss! Due to lack of time, Disney almost abandoned this scene. But the host Frank Thomas chose to make it by working alone on it.