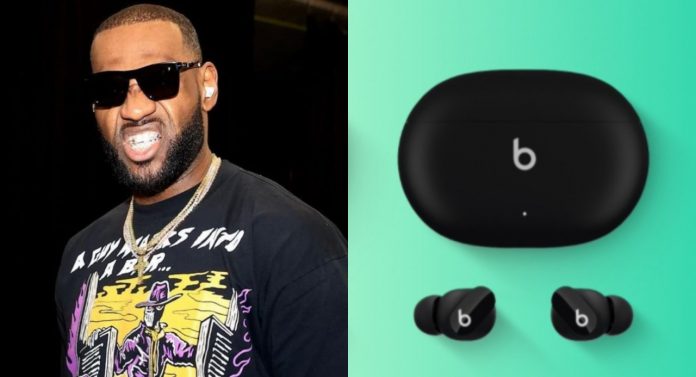 Beats Studio Buds headphones, which Apple will release at the WWDC 2021 event, were shown by LeBron James before the launch. There are now a few days left for Apple’s WWDC 2021 event. This event, which will start on June 7, will host many software and hardware products. For example, Apple will release operating systems such as the new iOS 15 and iPadOS 15 at this event. Along with this, the company will also announce the new TWS headset “Beats Studio Buds”.

With less than a week to the start of the event, Apple’s new wireless headset, Beats Studio Buds, came out interestingly. Famous NBA star LaBron James shared on his official social media account that he was taken with his new TWS headphones.

Apple’s new wireless headphones have been seen in various places before. The first leaks of the Beats Studio Buds leaked in the iOS 14.6 beta codes, and later appeared on the FCC certification site. Now LeBron James posed with Apple’s TWS headset, allowing us to glimpse it from a distance before launch.

Beats Studio Buds has not yet been officially released. Probably, Apple preferred to show its new product first by famous people, as we are familiar with it before. However, there are not many details about the headset here. Because the picture was taken from a distance, it can be said that it is only curious to the user.

Lucifer season 5: God has a question for his son Lucifer!