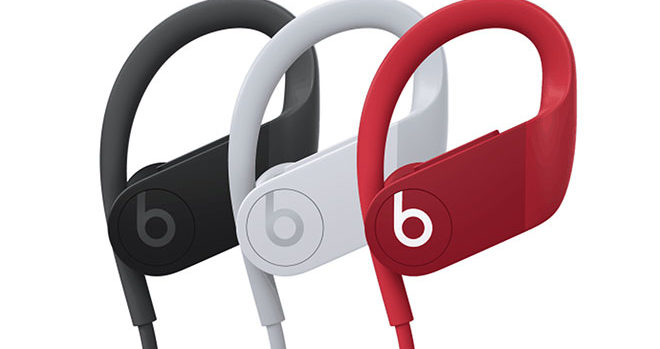 New information and visuals about Powerbeats 4 Wireless, Beats’ new headset, has been released. In terms of design, the wireless headset, which resembles the previous generation, will use the H1 chip in Apple AirPods Pro.

Powerbeats 4 Wireless, Beats’s new headset, bought by Apple in 2014, was a long-awaited device. The wireless headset, which previously appeared on iOS 13.3.1 and tips on FCC certification, will be officially unveiled soon. The source of the claims this time is WinFuture directly.

Wireless headphones, which appear in leak images in three different colors, red, white and black, resemble the Powerbeats 3 Wireless model introduced last year in terms of design. However, the headset also includes a neck strap that connects the two wireless headphones, as in previous models.

What will the Powerbeats 4 Wireless headset offer?
Apple’s Beats preferred the H1 wireless chip on Apple’s AirPods Pro headset. Thanks to this chip, the wireless headset, which is stated to offer a more stable connection compared to its predecessor, will be able to detect commands such as “Hey Siri” and will provide a higher level of support for the voice assistant.

The advantages of the H1 chip in Powerbeats 4 Wireless headphones are not limited to this. At this point, the new headset will be able to offer much longer battery life thanks to its renewed technology. WinFuture, which publishes all leak images, states that the new Powerbeats 4 Wireless can work for 15 hours on a single charge. This means 3 hours more usage time than the current model.

We can say that the fast charging support that we see in the Powerbeats 3 Wireless model will also be included in this model. Thus, the headset will be able to play music for 60 minutes after a 5-minute charge time with fast charging.

It is not yet known when the Powerbeats 4 Wireless, which is expected to come in three different colors, red, white and black, will be released. However, it should be noted that no information has been released about the price of the new Beats signature wireless headphones.