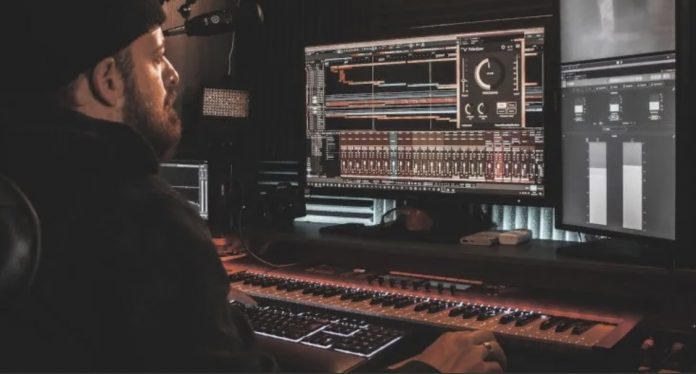 BeatConnect, a collaboration platform for musicians headquartered in Montreal, announced a fundraiser of approximately $2.2 million, which received support from Triptyq Capital.

The two-year-old BeatConnect recently unveiled a multimillion-dollar round, which consists specifically of 3 million Canadian dollars (currently $2.17 million). Montreal-based FICC spearheaded this latest investment in BeatConnect, which is also considered to be sponsored by Anges Québec (the self-proclaimed “largest angel investor group in Canada”) and the aforementioned Triptyq Capital (which appeared on the scene with $40 million in June).

BeatConnect itself is focused on allowing musicians to collaborate remotely, as already noted, creating “music with up to four people in a shared real-time environment” that supports various DAWs and has “a shared sequencer, cloud storage, video chat and more.” the platform’s website.

A brief video demonstration of BeatConnect shows that users work together through “studios”, each of which saves its invited participants and their projects. Consequently, according to the clip, musicians can quickly switch between collaborations and tracks.

The executives intend to use today’s windfall to continue building the core offerings of BeatConnect, whose co-founder Nicolas Laroche addressed the increase in a statement on LinkedIn.

“It’s been about two and a half years since I sketched this vague and strange drawing in Balsamiq for the first version of BeatConnect,” wrote veteran Canadian Broadcasting Corporation Laroche, “and this is already far beyond what I expected. We have ambitious plans, and this is only the first step towards what I sincerely believe will be a musical revolution based on collaboration based on BeatConnect.”

BeatConnect’s $2.2 million funding round followed a high-profile partnership between SoundCloud and Session, a lending and collaboration platform founded by ABBA’s Bjorn Ulvaeus. Meanwhile, 2021 brought Roar Studios a $7 million round, which claims to be developing a “musical metaverse” for collaboration and creativity.

In related news, the Laylo customer relationship management platform today announced a “strategic investment” that resulted in the total amount of capital raised exceeding the $8 million mark. Eldridge (who bought The Killers publishing catalog in November 2020) led the round, which was also attended by Patricio Wortalter of POAP, Jonathan Strauss of Create Music Group, Damian Manning of HiFi and Sam Evitt of Method Music.

According to the company’s representatives, Lilo considers Sam Smith, ODESZA, Kodak Black, Dixie D’Amelio and The Black Keys as “clients”, as well as several other members of the music community. Leilo says that this will triple the tranche of “our mission to create Creator CRM through team growth, expansion to new verticals and faster launch of new features.”